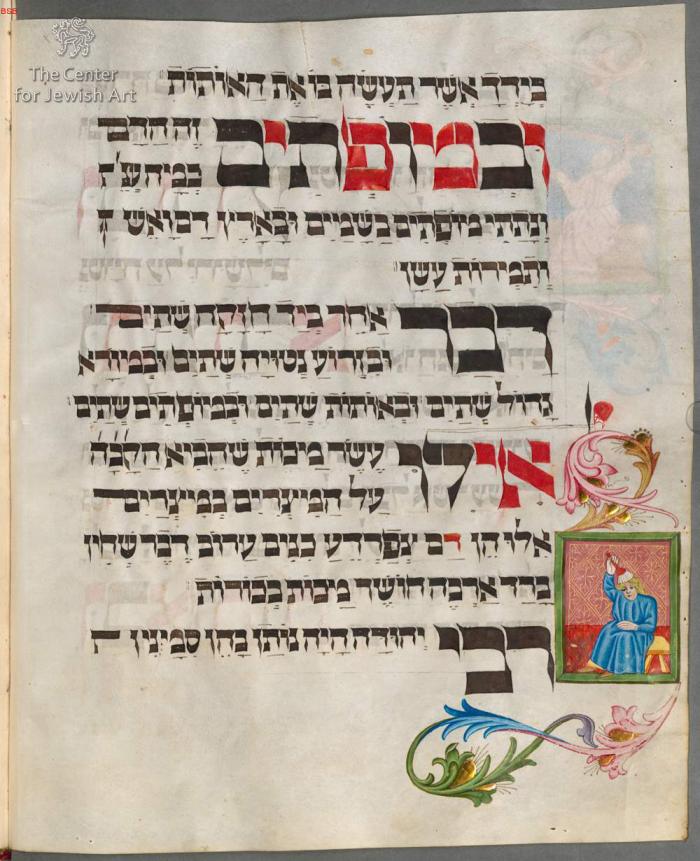 Fol. 17v: In the lower outer margin, next to the list of the plagues which hit Egypt, a panel shows a man seated on a bench brushing his hair to get rid of lice, which fall on to the red tiled floor on the left. The man wears a blue robe and powder gold shoes.

Fleshy, curling acanthus leaves extend from the upper and lower parts of the frame.

Lice were one of the ten plagues which hit the Egyptians. In other haggadot all ten plagues usually are depicted. In Sephardi haggadot the iconography of the plague of lice includes Moses and Aaron, while Pharaoh and his people suffer (fig. 2). By contrast, in Ashkenazi and Italo-Ashkenazi haggadot, unidentified people are afflicted with lice (fig. 3) as in the Tegernsee Haggadah (fig. 1). The hairbrush, which is used to remove lice, reflects a detail of everyday life in 15th-centuryGermany. A similar hairbrush appears in contemporary German books (fig. 4).