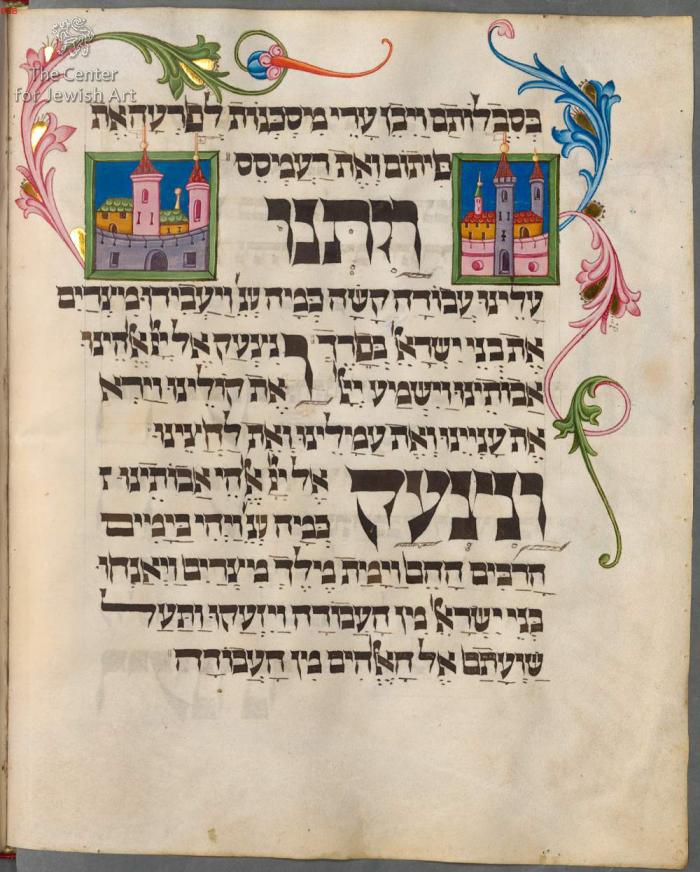 Fol. 15v: In the upper part of the text space two small panels depicting cityscapes are placed next to the text “Pithom” and “Raamses”, flanking the large word "and they imposed" ( (ויתנוon the right and left respectively. The cities are walled, each with a donjon and towers. Pithom on the right has a yellow building with a red roof and turret and Raamses has two yellow buildings with green roofs, and a mast on a tower. Acanthus branches issue from the panels and spread along the inner, outer and upper margins.

Moscow,RussianStateArchive of Literature and Art,

Depictions of the completed cities of Pithom and Raamses next to the words "They imposed hard labour upon us…" (ויתנו עלינו עבודה קשה) appear in several Ashkenazi and Italo-Ashkenazi haggadot of the 15th century. Besides our haggadah (fig. 1), the cities appear in the Siddur of the Rabbi of Ruzhin (fig. 2) and in the An-sky Haggadah (fig. 3), although in the latter and in other haggadot the building process is shown (cf. fol. 11).