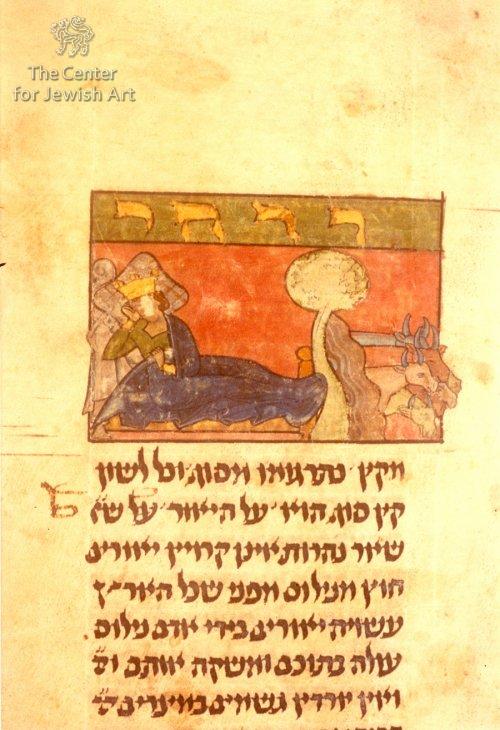 Vol. I, fol. 37: The initial word Vayehi (ויהי, And it came to pass) of Parashat Mikkez (Gen. 41:1-44:17) is written above the illustration in gold leaf on a green ground, set at the beginning of the first text column.

The panel depicts Pharaoh's first dream (Gen. 41:1-4) on a magenta ground divided into two parts by a stylized tree and a cascading brown and blue Nile, iIllustrating the biblical text and the commentary (I:37).

On the left the crowned Pharaoh is lying in a yellow bed, his head propped up on pillows, supported on his right hand. He wears a green garment and is covered with a blue blanket. On the right, emerging from theNile, are seven overlapping fat cows facing outwards in green, magenta, blue and light brown.

Plummet inscriptions in Latin by the 13th-century hand, and by a later hand in Hebrew square script:

In his first dream (Gen. 41:1-4) Pharaoh saw seven fat cows emerging from the Nile (fig. 1). The seven lean cows which devoured them and which constitute a crucial element of the story are missing from our illustration. It seems that our artist omitted them in order to achieve a more spacious composition. Perhaps his exemplar was similar in composition to that of a Greek Octateuch of the 11th century (fig. 2), where Pharaoh is lying in bed on the left; to the right stand the fat cows confronting the lean ones, which our artist dispensed with. 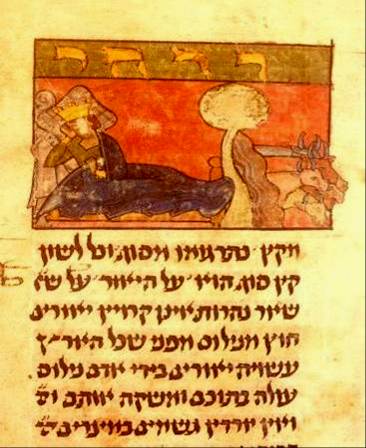 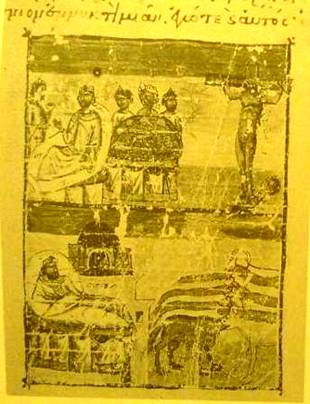 Pharaoh's first dream as depicted in St. Mark's is divided between two pendantives of the second Joseph cupola in the narthex (figs. 3, 4). Pharaoh is in bed in the left pendantive and in the right one the fat cows are being bitten by the lean ones. However, contrary to our illustration and the Octateuch's, the cows are facing Pharaoh, and not looking away from him. 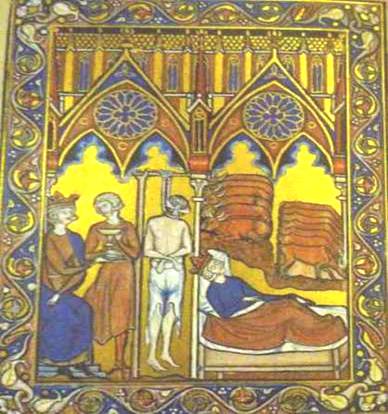 Pharaoh's first dream in the Psalter of St. Louis of 1253-70 (fig. 5) resembles our composition, if the group of fat cows on the left is disregarded and the lean cows with the Nile are considered.