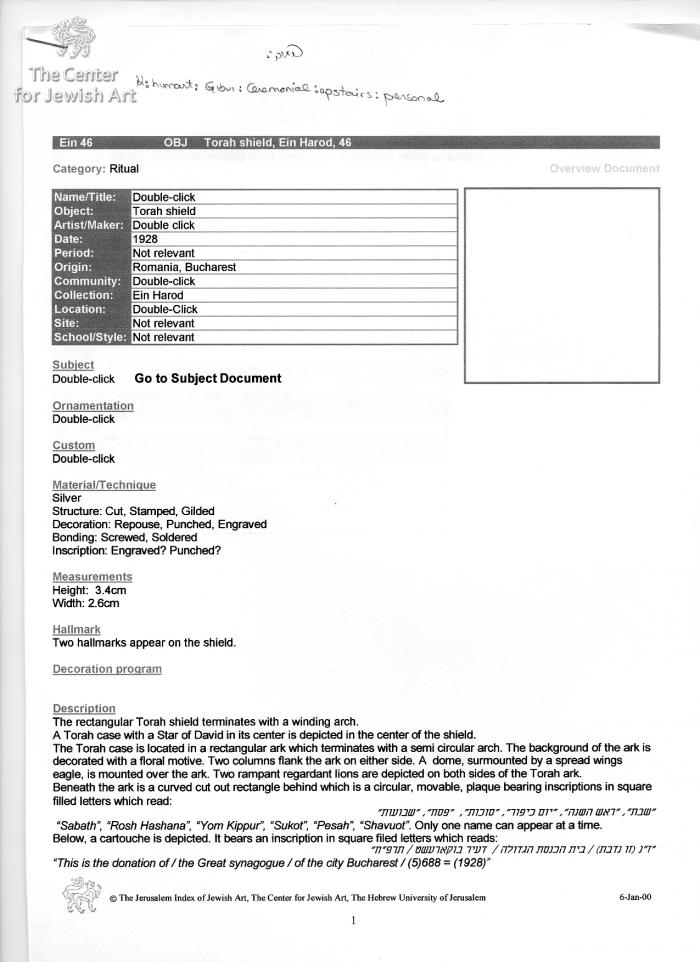 The rectangular Torah shield terminates with a winding arch.

A Torah case with a Star of David in its center is depicted in the center of the shield.

The Torah case is located in a rectangular ark which terminates with a semi circular arch. The background of the ark is decorated with a floral motive. Two columns flank the ark on either side. A  dome, surmounted by a spread wings eagle, is mounted over the ark. Two rampant regardant lions are depicted on both sides of the Torah ark.

Beneath the ark is a curved cut out rectangle behind which is a circular, movable, plaque bearing inscriptions in square filled letters which read:

Below, a cartouche is depicted. It bears an inscription in square filed letters which reads: