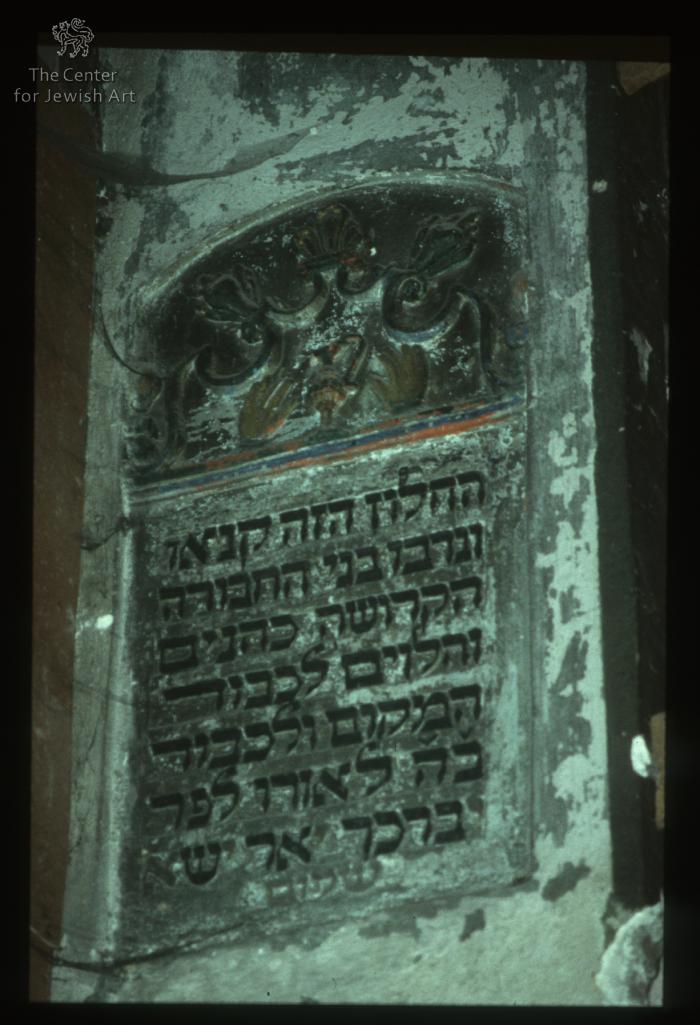 The ceiling, walls, and women’s gallery of the Kupa Synagogue are richly decorated with murals painted in the 1920s. Intricate geometrical ornamentation on the flat ceiling encloses images of holy places in Israel and the musical instruments of Psalm 150:3-6. The north side of the ceiling presents a panorama of Jerusalem and a representation of the Flood; the south side depicts Tiberias and the Oak of Mamre; Jaffa Gate and the Western Wall appear on the east side; and panoramic views of Hebron and Haifa on the west side complete the arrangement. The three paintings on the western wall of the prayer hall depict: Noah's Ark; the hanging of musical instruments on trees beside the rivers of Babylon (Psalm 137:1-3); and a panoramic view of Jerusalem. It should be noted that images of human figures are extremely rare in synagogue decoration. The prayer hall also includes a partly-preserved architectural decoration in the form of tall Corinthian columns with a complicated cornice. The parapet of the women’s gallery features the signs of the zodiac situated within oval frames. The artist was clearly quite professional but is unidentified.