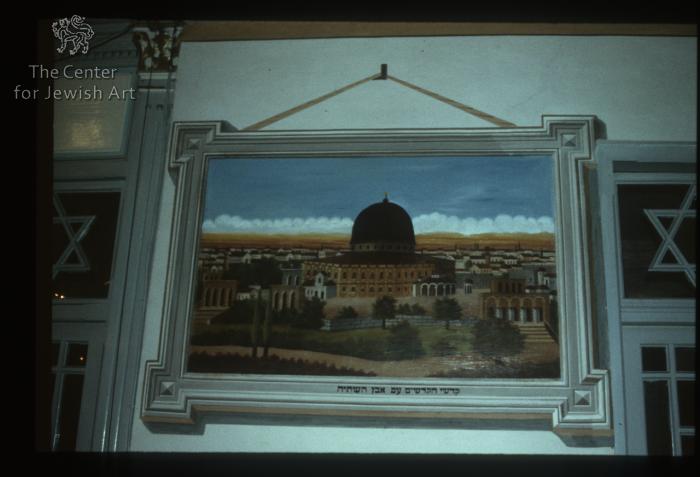 The painting depicts the Jerusalem Temple in the form of the Dome of the Rock (or the Dome of the Rock on the site of the Jerusalem Temple). The huge octagonal structure with a large cupola is surrounded by numerous other smaller buildings. White houses with red tile roofs and various towers extend the view of Jerusalem to the horizon. The city is surrounded by a fortified wall with an entrance gate. The foreground depicts a valley with sandy paths and trees that lies between Jerusalem and the viewer.

With slight variations, this painting appears to copy the similar depiction by Mendel Grünberg (Grinberg) on the north wall of the main prayer hall of the Grain Merchants' Synagogue in Bacău.

The Holies of Holies with the Foundation Stone [of the universe]