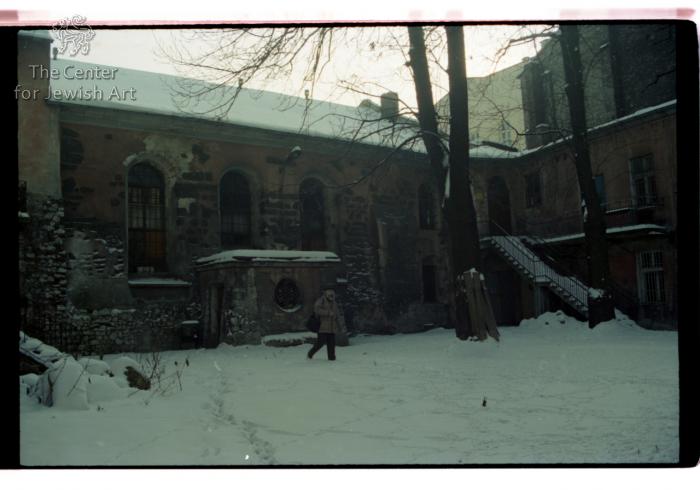 Initially the city walls completely hid this synagogue from outside view due to its low position (the current floor is about 80 cm. higher than the original).

Renovations and additions introduced many changes to the building over the centuries. A two-story annex, containing a vestibule and washrooms, was added in 1830-1834. The western wing of the synagogue was built in 1861. At the end of the 19th century the edifice was joined to an adjacent structure. After being ravaged during World War II, the synagogue had to be meticulously restored.