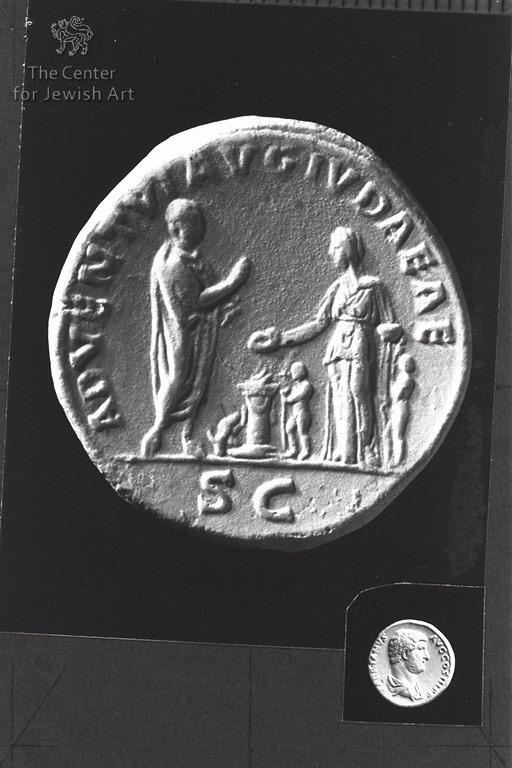 REVERSE: Hadrian in toga facing right, raising his right hand in greeting; in his left hand he holds a scroll. On the right, Judea is draped and veiled and stands facing Hadrian. She holds a patera in her right hand and a bowl(?) in her left. Between them, facing the Emperor, are two naked children holding palm branches. A third naked child holding a palm branch stand behind Judea. To the left of Judea is a flaming altar and to the left and below it is an animal (bull?) for sacrifice. A Latin circumscription reads: ADVENTVI AVG IVDAEAE". In exergue: "SC", "Senatus Consulto". Border of dots. OBVERSE: Bust of Hadrian (same coin no.61).