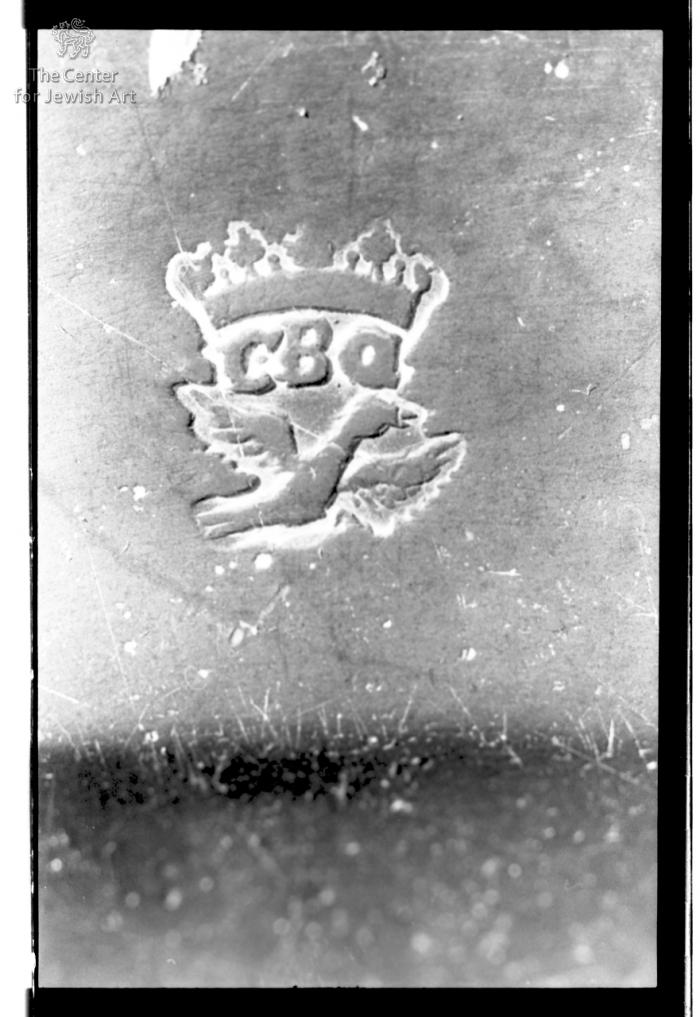 The plate is round with a raised rim. The rabbis of Bene Berak are depicted in the center of the plate. The seven bearded, figures wear turbans and coats. They are seated at a Seder table which rest on a platform. One of them stands at the head of the table and raises a goblet, while the others are talking and eating. Five bowls are set on the table which is covered by a cloth. The platform is situated in a tiled floor room, with a door and two windows. A chandelier (Judenstern) hangs above the table. A turbanned servant boy stands to the left, holding a jug on his left shoulder and a basket in his right hand. The basket rests on long table which stands on the far left. On the floor by his feet are three jugs. The rim is inscribed with the Order of the Seder, in square filled letters it reads: