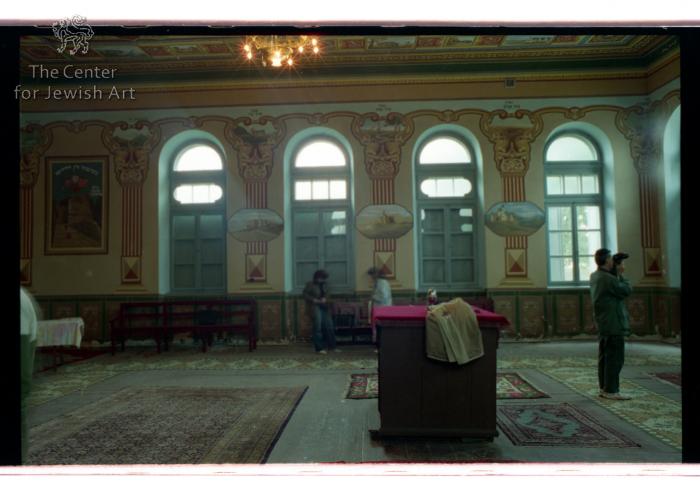 The northern wall has a framed depiction of of the Western Wall in its western part and painted pilasters between windows. The holy places are depicted on the pilasters: the tomb of Samiel the Prophet at the eastern one, the tomb of Esther and Mordecai at the central one, and the Fortress of Zion on the western one. These images were painted during the renovation of the 1980s and replaced the original ones.