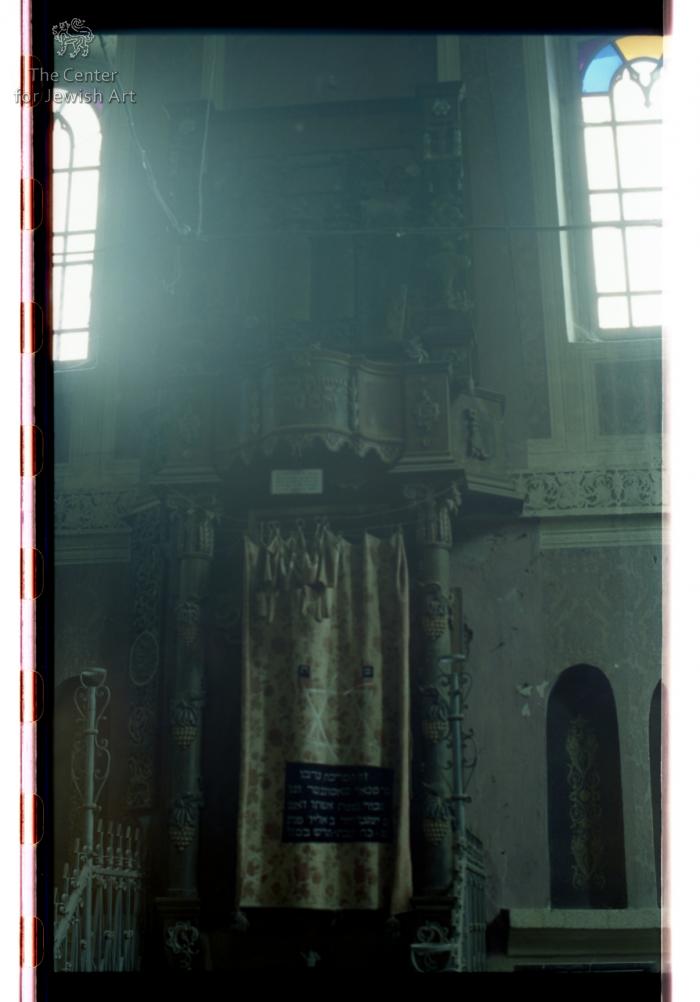 The Great Synagogue in Siret was apparently built in 1840 (Streja & Schwarz p. 106) and reconstructed later. It is situated in the very center of the town. The two-story building faces the street with southwest facade and has a bricked gallery on its northwestern side.

The decoration of the ceiling of the northwestern part of the hall is also divided into three panels. The central one depicts an oval opening through which blue sky with six-pointed stars is seen. The large border of the opening shows the signs of Zodiac (Aries is depicted on the side closer to the Torah ark, the signs should be viewed clockwise). The side panels show a kind of tent. The space between the panels is decorated by garlands.