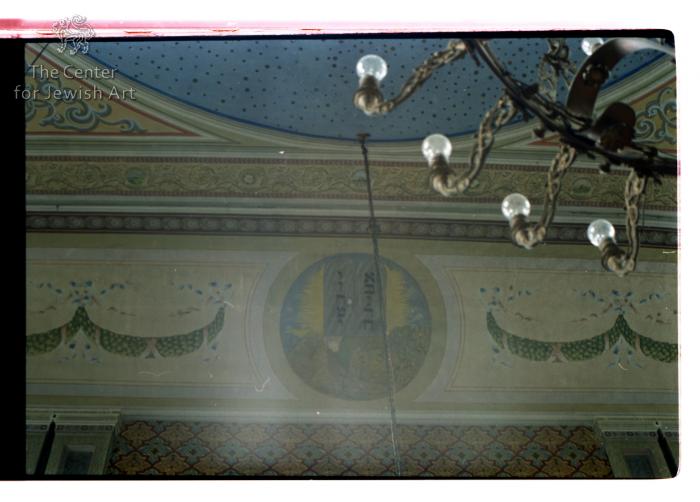 The Great Synagogue was built in 1879 (Streja & Schwarz, p. 90). It is a temple in Neo-Romanesque style, with two tower flanking the western facade.

The square prayer hall is lit by two tiers of windows. The Torah ark is placed in the center of the eastern wall, he women's section is situated at the western gallery.

The border of the ceiling is decorated by a depiction of garland, in which small landscapes of the Land of Israel are inserted.

A painting of a lion appears above the entrance to the prayer hall. It is signed צבי מאהלער, Tzvi Mahler (Mahler is painter in Yiddish and German). Most probably this painting was made in the 1930s or 1950s.