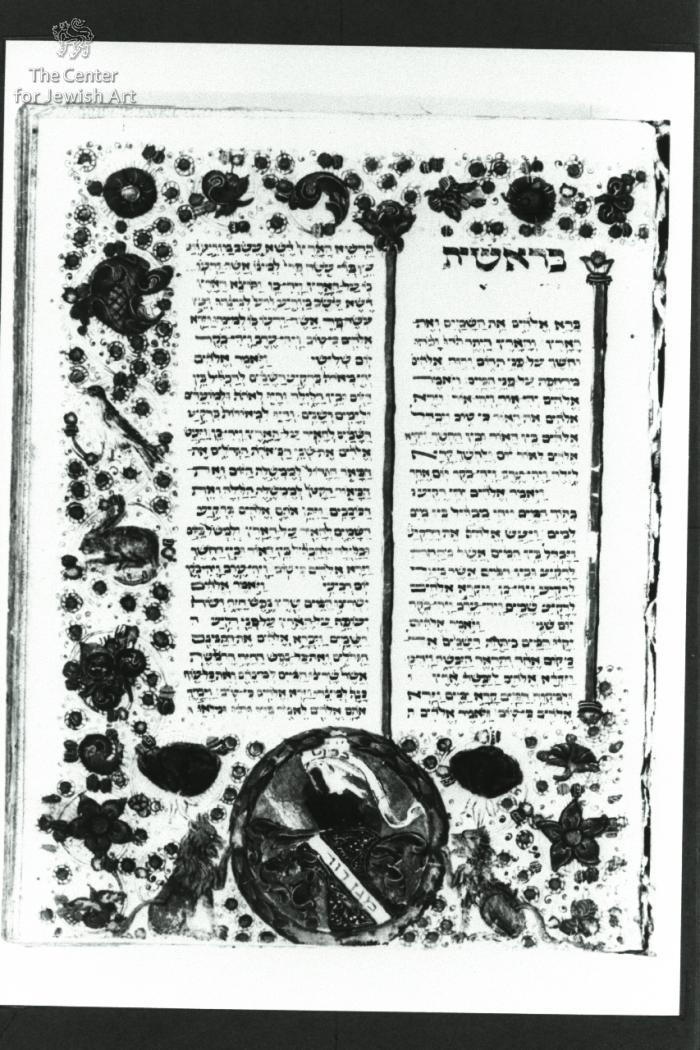 Fol. 1: The right column of the text is flanked by two golden bars crowned by leaves. The three external margins are decorated with an s shaped thin scroll formed by three lines. Filling the space around the scrolls curves are small tendrils and hatching and burnished gold dots. Along the scrolls are pairs of green and purple beads. Each scroll forms a roundel filled with few types of round flowers, divided by thin lines, with five petals or stylized with different fleshy leaves. In other roundels are fleshy twisted leaves, a cone, a bird and a seated hare. In the middle of the lower margin is a green wreath with red dots enclosing a burnished gold round background on which is a coat of arms. It is formed of a blue shield, decorated with thin white scrolls, divided by a white strip on which is inscribed מגן דוד. Red and blue fleshy twisted leaves are surrounding the shield. On top of the shield is a brown rock on which a white bird is standing, carrying a white open scroll in its beak. Inscribed on the scroll בר"ת?. Two seated brown lion are flanking the wreath, supporting it with a claw. Over their heads are two big purple roses within a roundel formed by a scroll.