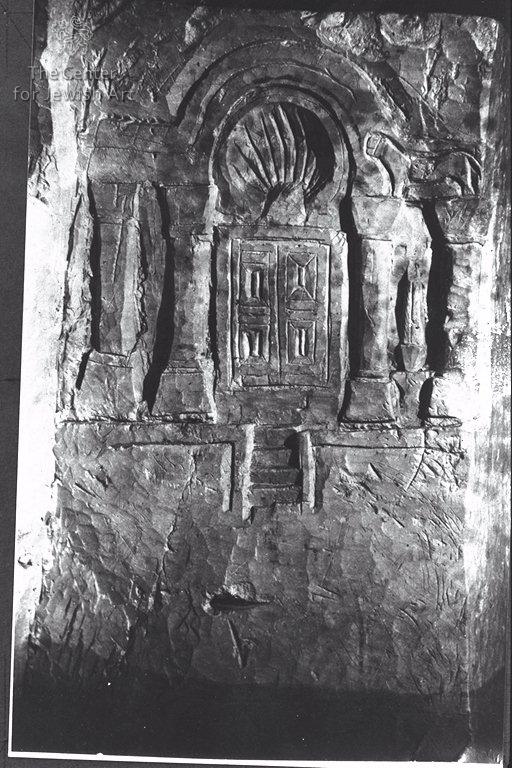 The sacred facade, a lion, and a lulav are placed in the upper part of the front wall of the shelf on the left. The sacred facade is represented as a portico with four collumns, each with a base and capital. In the centre of the facade is a closed double door. The entire structure stands on a platform with a flight of five steps leading up to the entrance. Above the lintel of the entrance there is a conche topped by a double arch. The lion is shown in profile, standing on the capitals of the columns to the right of the entrance and facing the conch. Below the lion, he lulav is placed in a vase on a pedastal between the two columns.