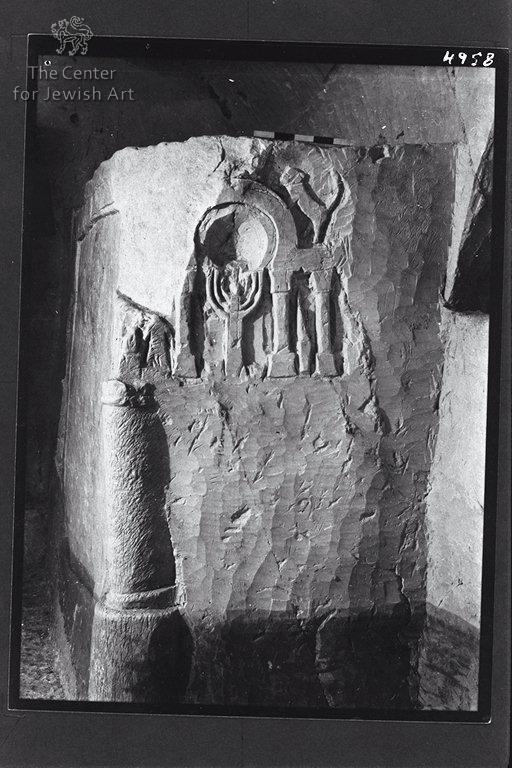 The sacred facade, the column, and the lion are placed on the front of the narrow wall of the right shelf. The sacred facade is represented as a portico with four columns, each with a base and capital. A seven-branched menorah is placed in the center of the facade. Above the menorah there is a large conch topped by an arch. A lion stands in profile on top of the columns to the right of the arch. A lulav in a vase is placed in the intercolumnar space on the right side. In the intercolumnar space on the left side of the facade, the figure of a man stands with extended arms.