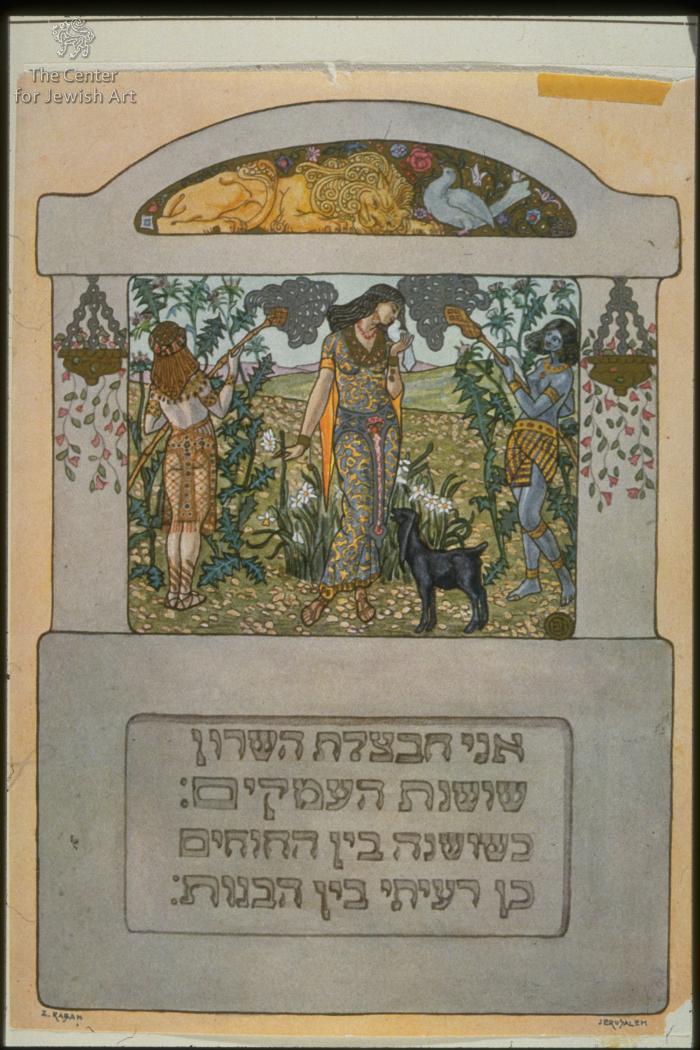 The picture illustrates Song of Solomon 2: 1-2. At the center of the picture a young woman is standing in a meadow with lilies, holding a dove in her left hand, and a flower in her right one. A black kid standing on her right. Two half-naked, jewelled maids, wearing skirts are standing on her sides, holding large Egyptian fan. The dark maid on the right is seen frontally, while the brighter one on the left is seen from the back, wearing a head cover. Behind each maid is a a thorn bush with a purple blossoms, taller than the maids. Green hills are seen in the far background. Flowers are depicted in their background. On the arched part are hanged 2 flower pots, from which green plants with red blooming are climbing down. The picture has a gray architectural frame. Above the picture is an arch with a picture of lion and dove within it (see Ma.1050.17). Two flower pots from which green plants are climbing down are hanged on the sides of the arch. The framed text appears below the illustration in Hebrew block letters on a gray background.