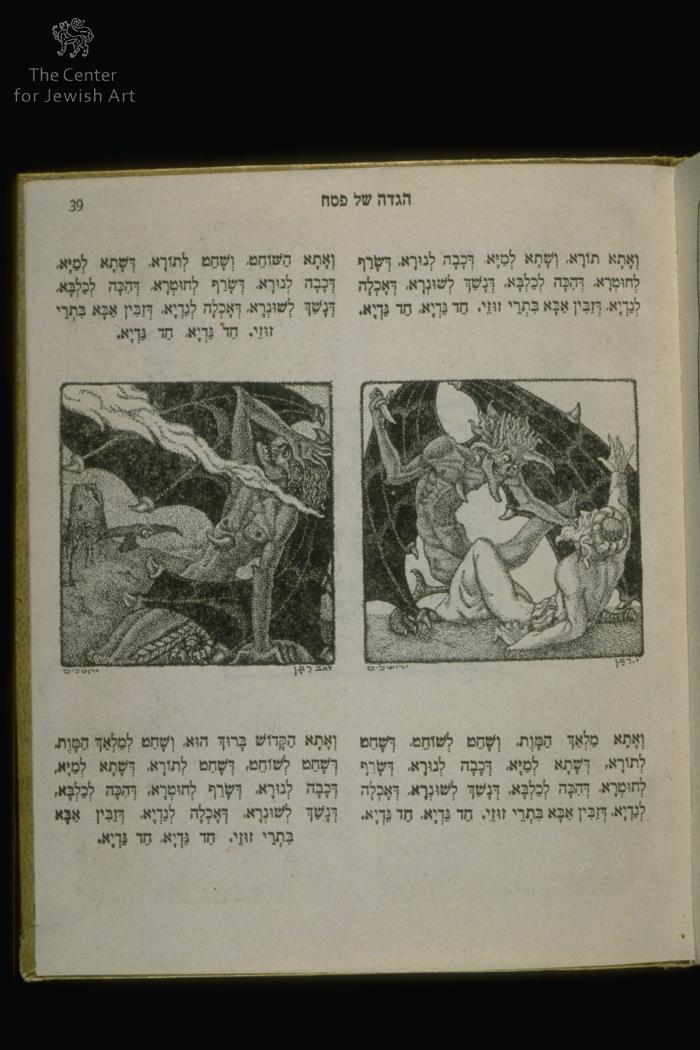 p.39 is composed of two square pictures, located at the center of the page. They represent, from right to left the One Only Kid two last parts. The seventh and the eighth parts of One Only Kid are written above the illustrations, while the ninth and the tenth are written below the corresponding illustration. The parts are printed in Hebrew block letters and reads in Aramaic. The right picture illustrates the ninth part of the song. It depicts the slaughterer of the former illustration (ma. 1053. 41) attacked by the death angel, in the corner. The black horned Angel of Death is weavin a knife against the slaughtered body, in his right hand while holding him with the other one. The Angel of Death is a naked monster with a human body and two huge rat wings. THe left picture represents God slaughtering the Angel of Death. It is illustrating the last part of the One Only Kid. It depicts the Angel of Death leaning diagonally against the ground with his left hand while trying to protect himself with the left hand. The Angel of Death's wings are spread around him helplessly. A sharp flame, representing God, is crossing his throat diagonally, from the right upper corner of the picture. He is puzzled. A blackbird is looking at him in the background.