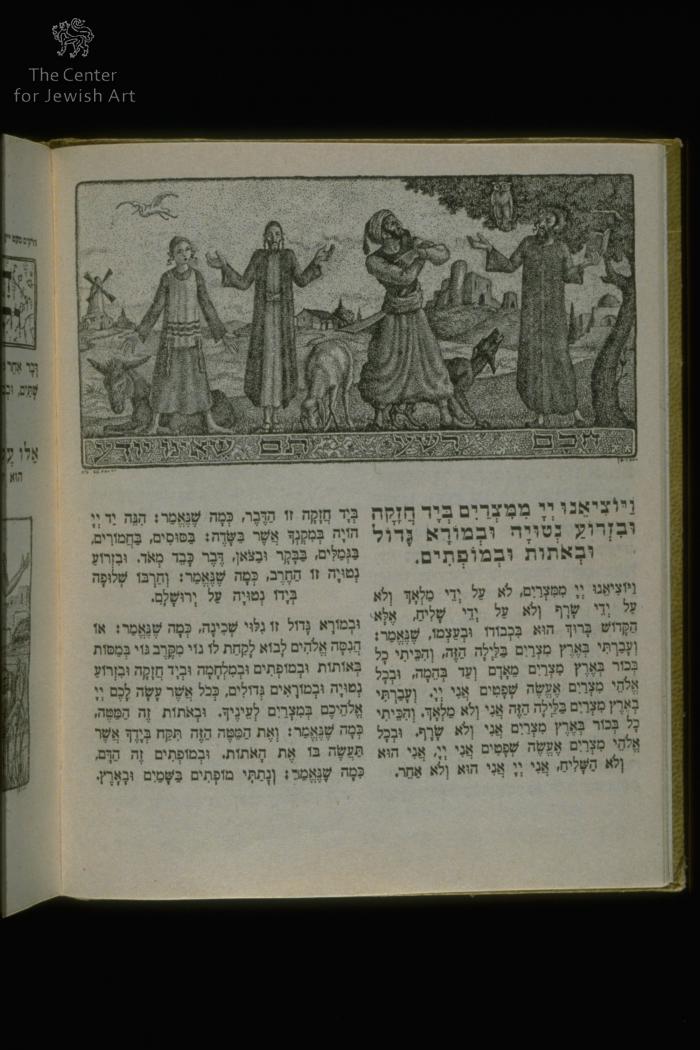 p.10. The picture represents the four sons standing frontally, against a background. Each son has his own attributes. The sons are standing in the following order, from right to left: the wise son, the wicked son (oc. 8481), the simple son (oc. 8482) and the one who does not know how to ask (oc.8483). The name of each son is written in Hebrew block letters, on a decorative panel below the corresponding figure, in a frieze. The wise son is represented standing on the right, spreading his hands. He has a black beard, is wearing an oriental hat and a long robe and is holding a book in his left hand. He is turning to the figure next to him. On the tree, at the wise son's left, there is an owl. A vaulted building with stairs (Rachel's Tomb)is in the background. Below the figure, the word "The wise" is written, decorated with vines and grapes.