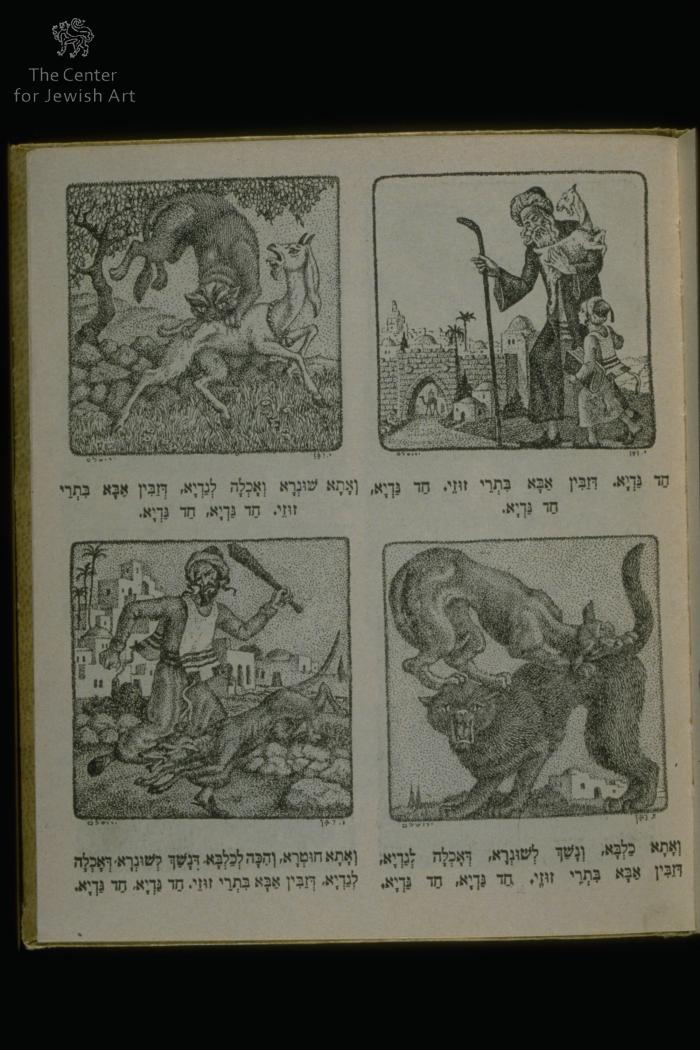 p.37 is composed of four square pictures. They depict from the right picture counter-clockwise the One Only Kid four first parts. The relevant part of the song is printed below each picture in Hebrew block letters and reads in Aramaic. The upper right picture illustrates the first part of the song. It depicts the father, a bearded man wearing a long dark coat, a Talith-katan and an oriental head cover, holding a stick and carrying the kid on his shoulder. His son, a small child with sideburns, cape and a Talith Katan is walking beside him, holding a big book. A path leading to the city gate is seen behind them. Below the picture is printed the first part of the song.