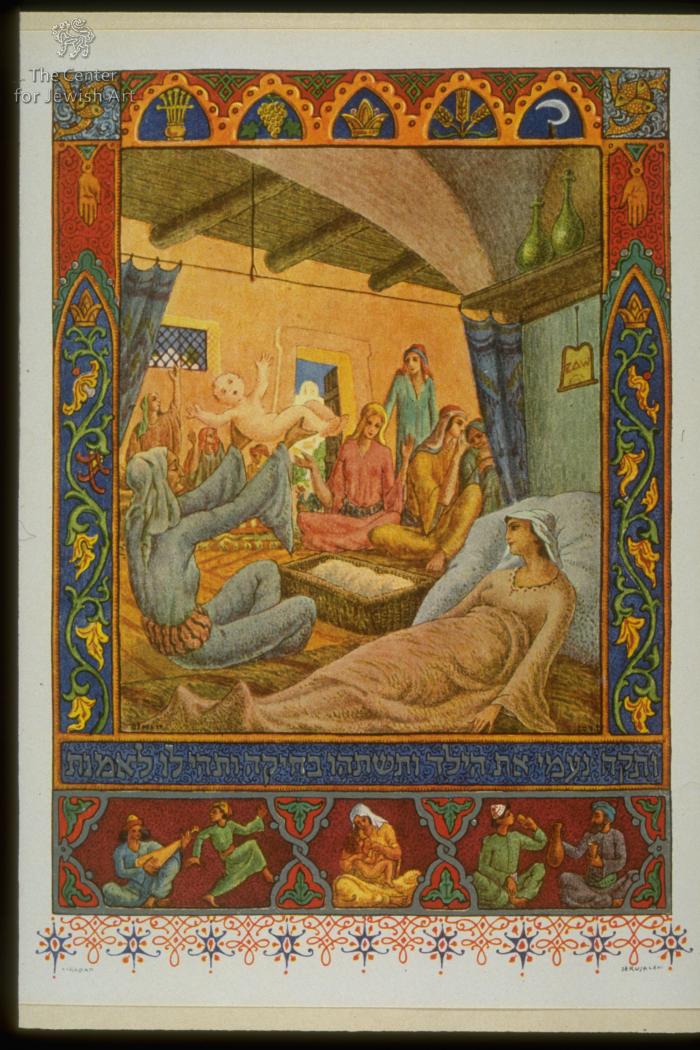 9th illustration. The picture represents Ruth lying down covered with a blanket at the foreground, wearing a white head cover and dress, while leaning on a pillow. She is looking at Naomi, who is sitting beside her unfurling the baby. The baby's cradle is in front of Naomi, at the center. At the background, women, gathered to celebrate the birth, are sitting on the ground. The frame - its upper part has 5 arches. Under the arches are (right to left): a scythe, a barley, a crown, a vine and a harp. The sides are vegetally decorated and the upper corners depict 3 interwoven fish with a Hamsa below. The text is written below the picture in block, purple Hebrew letters on a blue background. It quotes Ruth 4:16: "ותקח נעמי את הילד ותשתהו בחיקה ותהי לו לאומנת" "And Naomi took the child, and laid it in her bosom, and became nurse unto it". At the central lower frame a woman is nursing a child. On her right, two men are drinking and on her left a boy is dancing to the music played on a lute by a man. A vegetal decorated column is separating the scenes.