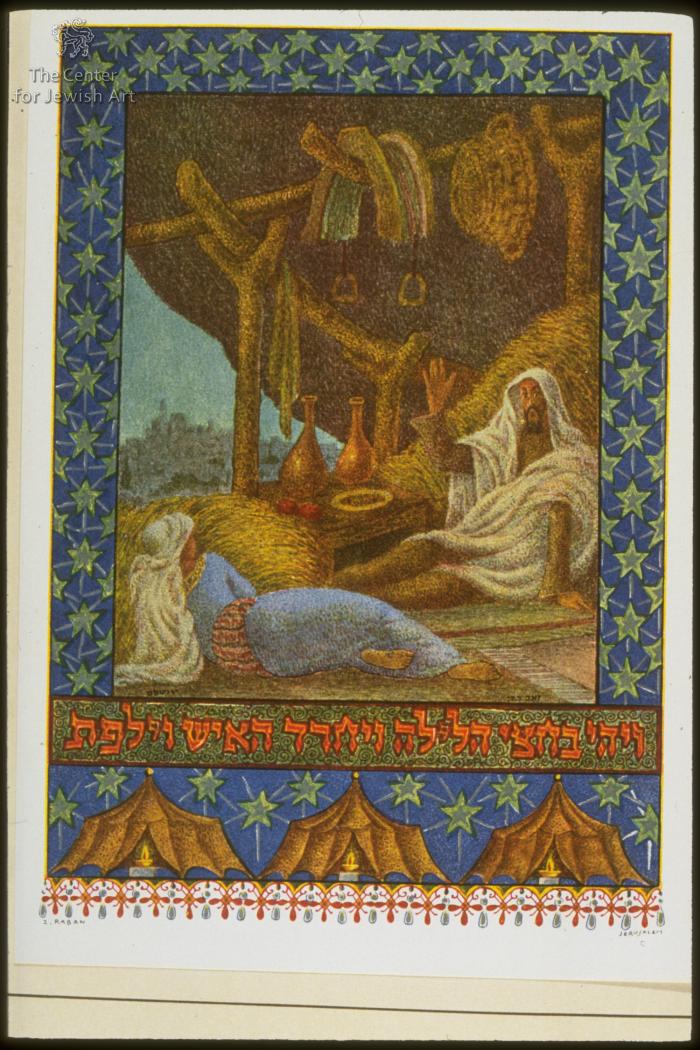 Sixth illustration. Boaz is depicted in a barn, scared when he observes Ruth behind a hay stack. Boaz, wearing a white robe, is seated on the ground, leaning against a hay stick. His face and gestures are expressing astonishment. A low wooden table is standing at his right, with jugs, a plate and two apples. In front of him is the hay stack which behind Ruth is hidden, lying down with a white cafiya and a blue robe. Above them there is a wooden beam, upon which a basket and a saddle are hanged. The barn is open on its left side, where the city of Beth-Lehem is seen. The blue picture frame is composed of green-silver stars on the top and the sides, and the text below the picture, in block orange letters on green background. The text quotes part of Ruth 3:8: "ויהי בחצי הלילה ויחרד האיש וילפת" "And it came to pass at midnight that the man was afraid, and turned himself". Below the text three brown tents, with shining candles are depicted on the background of blue sky and green-silver stars.