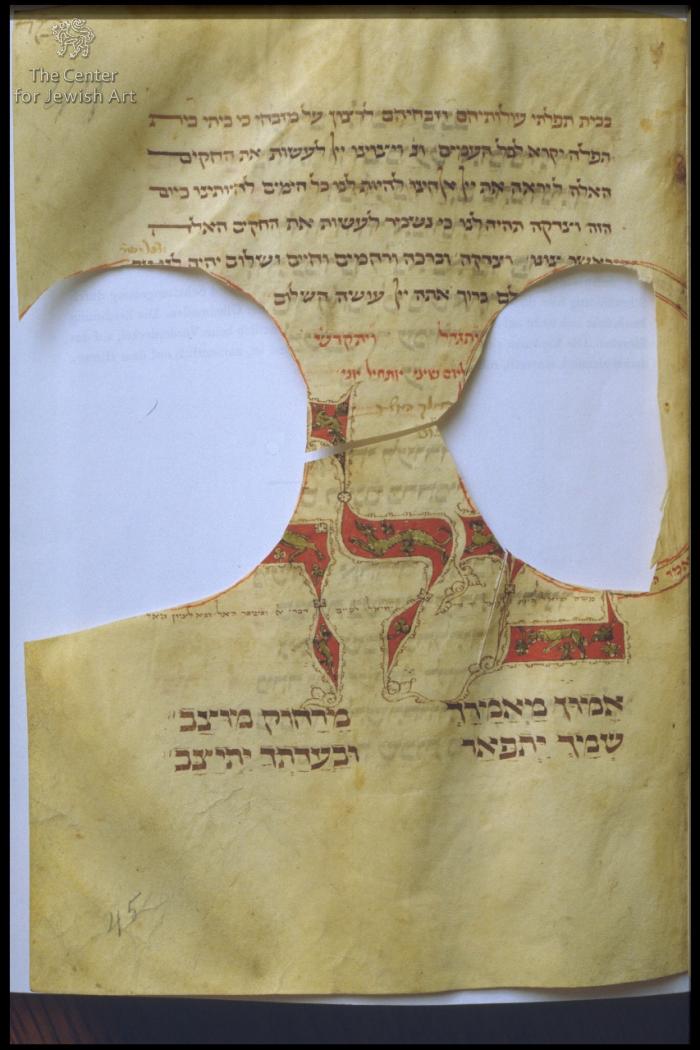 Fol. 45: The opening of the second day for the New Year is decorated with a large initial word “King” ) מלך), beginning the Yozer, executed by artist A and set on the lower part of the page, filling most of the width of the text space. Part of the initial word is missing due to two large circles which were cut out from the page. The display letters are painted red and filled with foliage decoration and with various animals such as dogs, a hare and a ram, all of which were executed in spared ground technique and filled in with green paint. The letters are surrounded by wriggly work extending into flourishes on the bottom. Rectangles enclosing stylized rosettes in spared ground technique are set on the junctions of each of the letters. On the parchment ground in between the letters is a scribal note by scribe A, written in tiny letters in brown ink in which the scribe mentions the names Moshe and Yehiel, ending with the blessing “…be able to finish these words of G-d and with the reward of G-d, Zion will be redeemed” (משה שואל היות לאל יד מר יחיאל לסיים דברי אל ובשכר האל ובא לציון גואל)See: General Document, Scribal notes