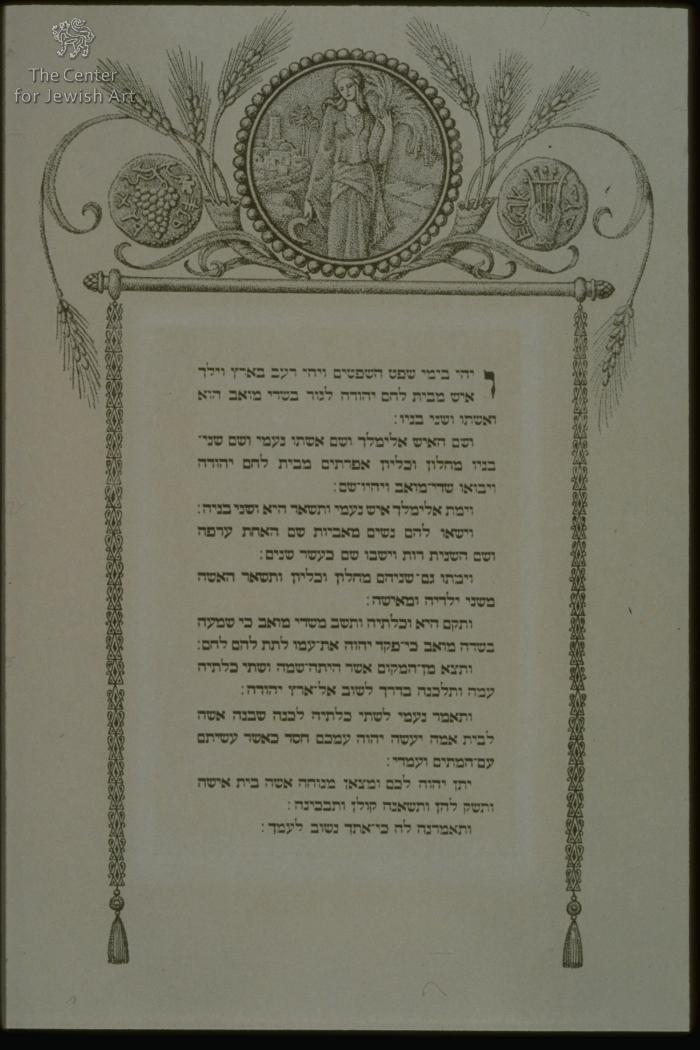 A text page, framed on three sides, by an upper stick from which two stripes are hanged. Above the stick, in the center, there is a medallion. The medallion shows Ruth wearing a robe, head cover and a shawl on her hips, holding a stick in her right hand. In the background are dunes and a walled city with two palm trees. A horn of plenty is depicted on both sides of the medallion with wheat spikes sprouting from it. Aside each horn a smaller medallion is depicted. On the left medallion - a harp with Hebrew inscription in ancient letters. On the right one - a cluster of grapes surrounded by a Hebrew ancient letters.