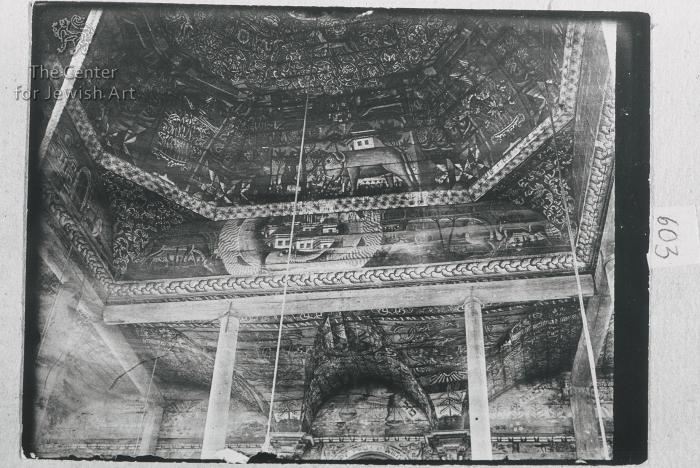 The decoration on a square room with pendentives consisted on separated scenes, one on each side of the synagogue. On this side are depicted a big fish (leviathan) lying on the waters and biting his tail encircled around the city (Jerusalem). A big bull (Shor) is conected to the leviathan. Both midrashic beasts  are flanked by two deer. One the deer rubs his nose with rear hoof.

The vault construction, which supported the dome, are decorated by symbolic and ornamental motives.

The medallion with three intersected fish putted in the small vault.

The zodiacs signs are placed inside the lunettes.