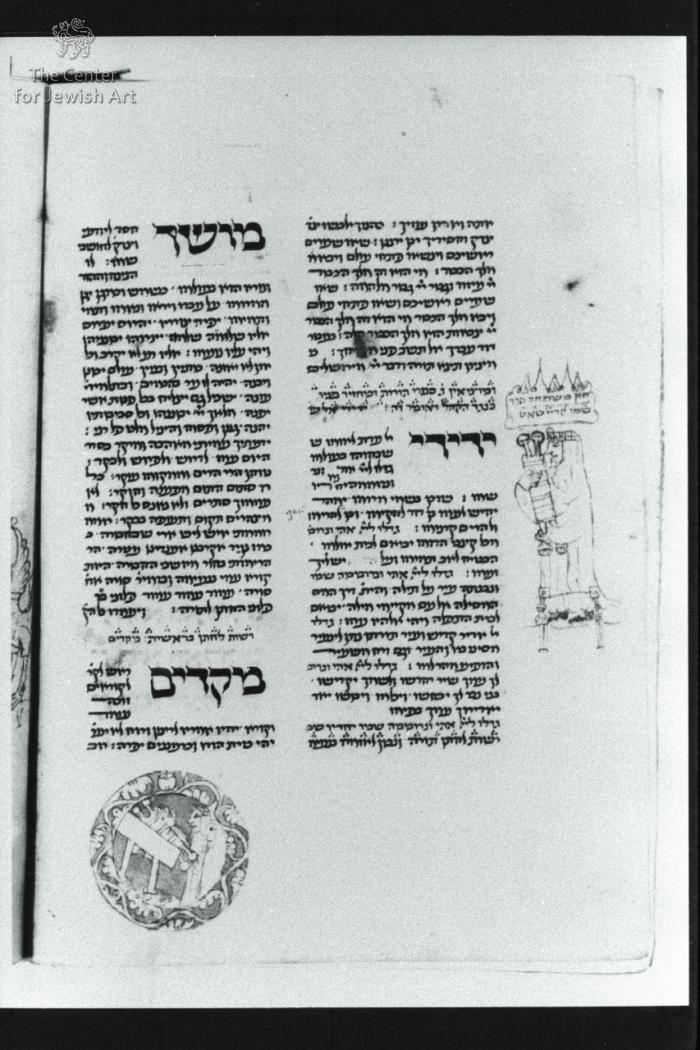 Fol. 80v: A standing bearded man wearing a long robe, covered by a talit from head to feat. His head is adorned by the atarah frings of the talit are by his feet. He is carrying a Torah scroll covered by a Torah binder (Wimple). Inscribed over his head: חזן משמחה תור שמו קריישאט At the lower left hand corner is a roundel formed by a band filled with an andulated scroll with leaves, against a green background. Within it, on an orange background are two bearded men covered by a talit standing next to the Torah scroll wrapped with a wimple, resting on a lectern in front of them.