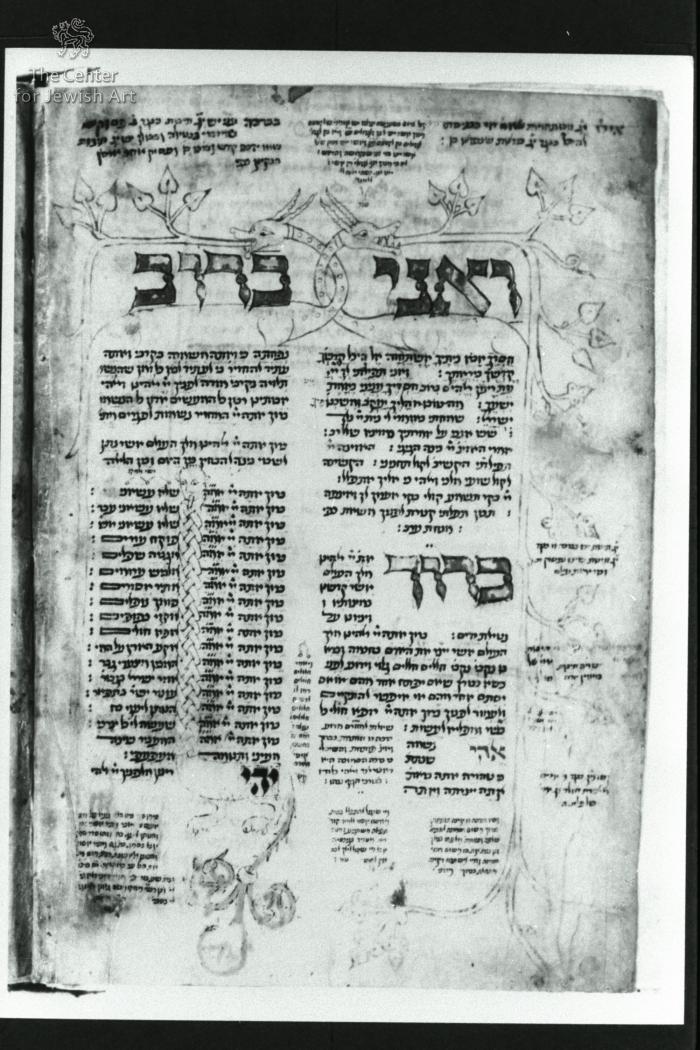 Fol. 1v: The initial words ואני ברוב are written in burnished gold (most of it had disappeared), surrounded by two dragons, their necks are interlaced. From their mouths emerging two branches along the outer and inner margins. Along the outer branch and at the top of the inner one are short branches with tripple heart shaped leaves. Between the two columns of the blessings is a dragon, its human head is at the top of the two columns, its triple btanches like neck is dividing between them. His animal body with two big claws is under the right column, within it is the initial word יהי His tail is a scroll shaped into three roundels each one is containing three acorns.