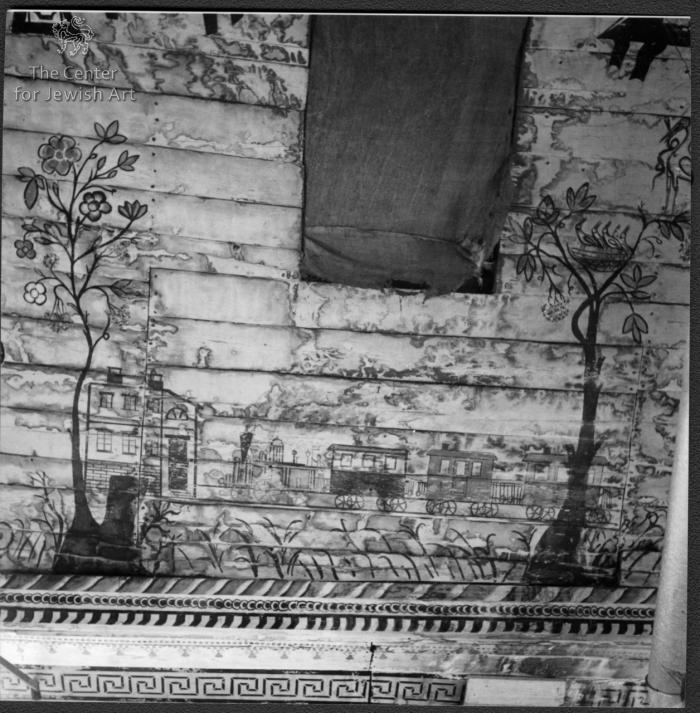 A rectangular opening was situated in the center of the north-western segment of the dome. Below the opening, a train arriving at a two-story building between two trees was depicted.

The tree on the right side of the train was inhabited by a stork bringing a worm for its nestlings.