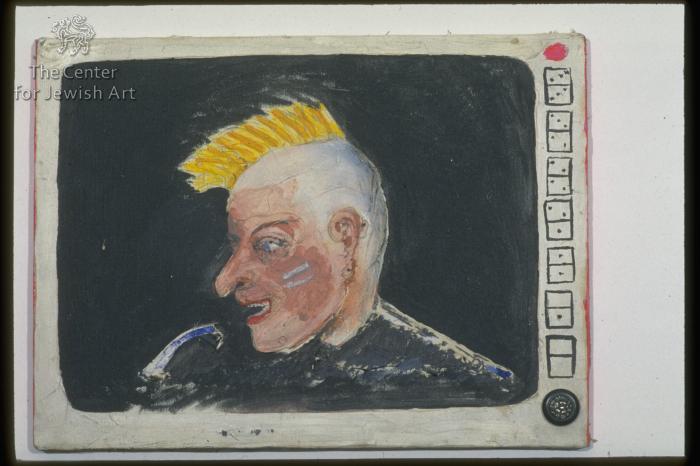 The profile of a punk singer appears on the screen against a black background. He is depicted with a blonde mohawk, and the color of his face changes from pale pink to dark brown. On his cheek there are two white stripes. The figure's lips are depicting with a glossy red, its nose is turned down and the eyes are staring into the black microphone. The TV frame is white and has a blue plastic buttons at the bottom of its right side. Above the bottom are eight buttons, each one diveded into two compartments with dots in them, perhaps suggesting dice: bottom to top: blank dice; one dot-blank dice; one-one dice; one-two dice; two-two dice; two-three dice; and the upper dice, three-three dice.