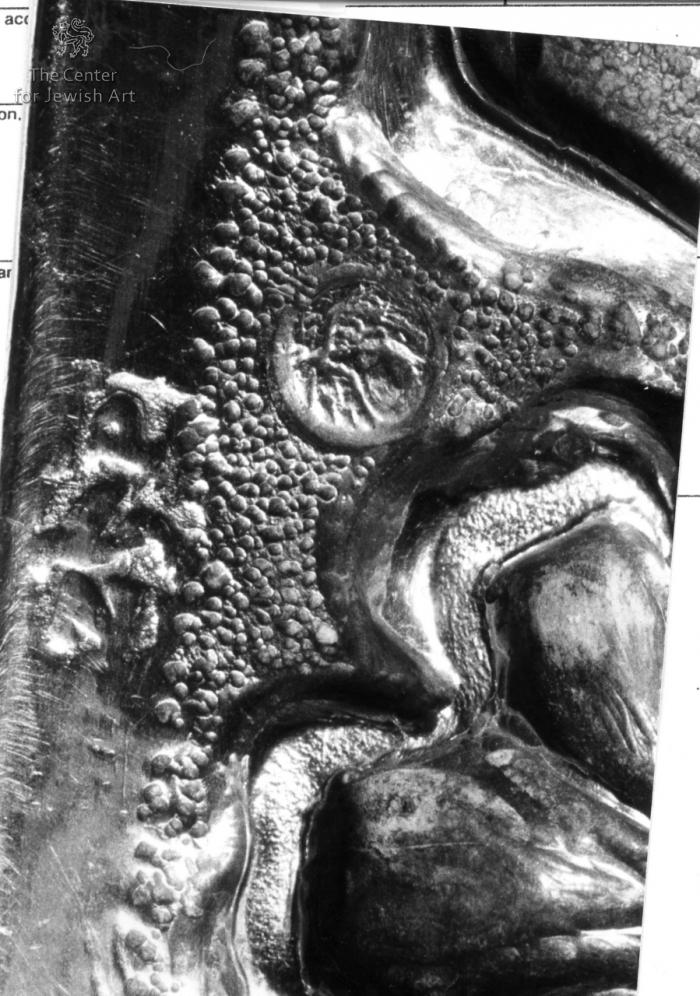 This particular examples is charactarized by a very deep repousee technique. On both covers appear the same coat of arms, although it is unidentified as to the Jewish family name. The cover is marked with both a city mark and an assayers mark, but apparently without a makers mark. The siddur for everyday prayers bound inside is dated to 1724 and is Gross Family Collection B.1114 that carries the following inscription:

In 1550 Alvise Bragadin established a Hebrew press in Venice, thus ending a brief monopoly in Hebrew printing in Venice enjoyed by Guistiani (after the closing of the Bomberg press). This press continued as one of Venice’s leading Hebrew print-shops, issuing Hebrew titles in the 18th C under several generations of Bragadins (the last of whom was Alvise III). Throughout the years, the output of the Bragadini press was considerable, and covered the gamut of Hebrew works. The press was somewhat unusual, however, in that the Bragadins themselves did not always take an active role in their printing-house, leaving its operation to other printers, sometimes Jewish, and lending their name to other presses as seems to be the case in this publication. The edges of the pages are gilt and ebossed with a complicated gauffering.

The volume is bound in a particularly elegant silver binding, Gross Family Collection 025.001.015.

Inscription: Both sides: crest of the Uziel? family