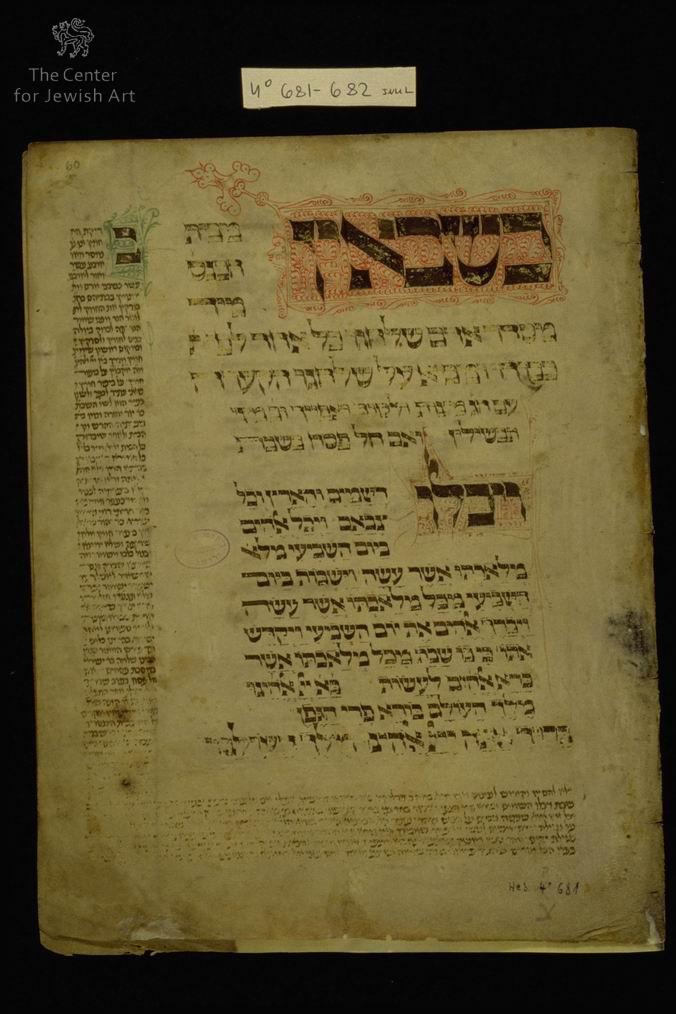 The opening the text of the Haggadah is the initial word “when coming” כשבאין,  written in large square Ashkenazi script in dark brown ink outlined in red ink. The word is set in a rectangular panel filled withfoliate scrolls enclosing palmette motifsand some dotted golf club motifs in spared ground technique.  The panel is surrounded by red scrolls.  On the upper left corner of the panel is a  developed trifoil motif and bellow it  is a grotesque face.

At the center of the page is the initial word “Thus were finished” ויכלו, which opens the Kiddush, is  written in bold square Ashkenazi script in dark brown ink. The panel which extends also around the ascender of the ‘Lamed’ creating a triangular roof around it, is filled withfoliate scrolls with palmet motifs in spare ground technique in brown-reddish ink. The panel is decorated by tendrils  and on the right hand side the tendril extends along the inner margin.

An initial letter “Beit” (bedikat)בfor the marginal commentary of the haggadah is written on the upper left corner of the page in large square Ashkenazi script in dark brown ink, it is decorated with golf club motif  in spare ground technique in green ink. Tendrils extend from all sides of the panel.