The Tempel Synagogue is situated in the Kraków district of Kazimierz at 24 Miodowa Street. Behind the synagogue, to the east, there is a property with former outbuildings, which is surrounded with walls to Miodowa and Podbrzezie Streets. The reform synagogue is one of the four active synagogues in the city, athough it is largely used as a venue for cultural events that are held as part of the Festival of Jewish Culture in Kazimierz, which takes place on a periodic basis.

The stone synagogue, which was erected on a rectangular floor plan, was done in both the Moorish and Renaissance Revival styles, splendidly furnished, and had its elevation decorative elements designed and done in the Renaissance Revival style as well. On the elevation and on the sidewalls are double casement arcaded windows adorned with 36 unique colourful stained glasses dating from the turn of the 19th and 20th centuries, which were donated by the congregation's members. Tablets with the Ten Commandments, made of black marble, were placed under the triangular pediment over the main entrance. A passage from the psalm 100, reading "Enter into His gates with thanksgiving / And into His courts with praise".

The interior of the main prayer hall is decorated with stucco work, which contains stylized patterns covering the ceiling and the walls in the women’s gallery (which is supported by double iron decorative pillars). A bimah, which was installed there shortly after the war ended, stands in the middle of the main hall. To the right of the Aron ha-Kodesh there is a cantor’s lectern, which, prior to the war, stood directly before the ark. Special attention should be paid to the Moorish polychrome paintings on the plafond and on the concave cornices that run along the plafond over the central part of the prayer hall, as well as to the balustrades in the women’s gallery, whose sill is decorated with palm leaves made in coloured stucco and the pillars that support them. The ornamentations were probably borrowed from Islamic art, and the ceiling polychrome paintings were probably fashioned after the decoration of a minbar which is to be found in the Cairo Ibn-Tulun mosque.

The murals were made in 1894, which was when the synagogue was extended. They bear oriental motifs comprising mostly of geometrical and stylized plant elements. They cover the ceiling over the main nave and they run in stripes on the ceilings over the women’s gallery and the hallway. There is a painting in the apse which imitates a starry sky.

Stained glass is to be found in all the ground and first floor windows. It was probably made towards the end of the 19th century in the workshop owned by J. Zajdzikowski, as well as at the beginning of the 20th century by a company that belonged to the Żeleński family. In the years 1986–1989, they were conserved and partly reconstructed by the Office for the Conservation of Historic Monuments and Sites under the supervision of Leszek Hein. The stained glass has mostly geometric patterns. In the south aisle there are stained glass windows that had been funded by Jeruchem and Rachel Bazes, the Hirsch family, Ludwik and Paulina Baumgarten, Wilhelm and Amalia Korngold, the Kamslers, and Leon and Rozalia Hochstim. On the other hand, stained glass windows that are in the north aisle were donated by the foundations run by Roman and Letti Sliberbach, Bernard and Berta Reiner, the Schönfeld family, Wilhelm and Maria Fraenkel, the Proppers, Zygmunt and Amalia Klein, Ferdynand and Flora Epstein, and Izaak and Amalia Potok (the one representing two lions supporting a menorah). The stained glass windows upstairs were provided by the foundations owned by Zygmunt and Wiktoria Gleitzman, Salomon and Cecylia Lieblinz, the Pilzer family, the Rozenblatt family, the Proppers, Markus and Regiina Schönfeld, the Stinberg family, Dawid and Fanna Mendel, Emilia Abelsowa, and the Hochstim, Seinfeld, Goldwasser families. Tempel Synagogue in Kraków - photos of 1991
Summary and Remarks 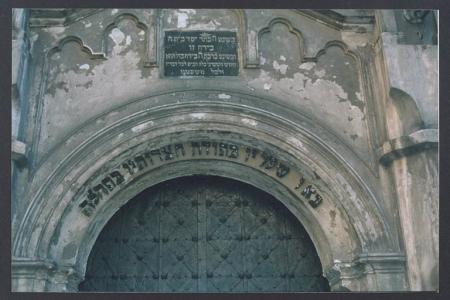 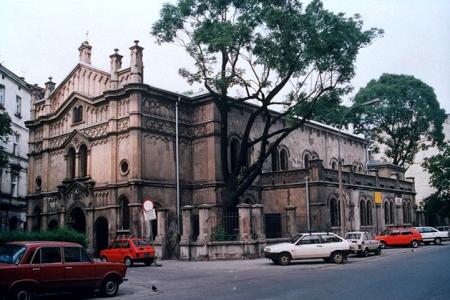 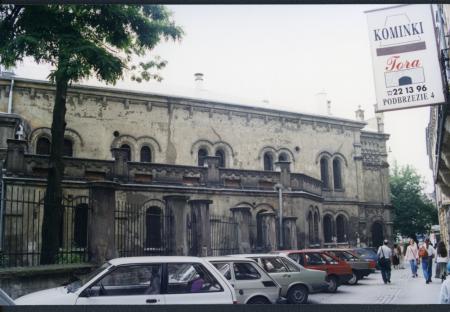 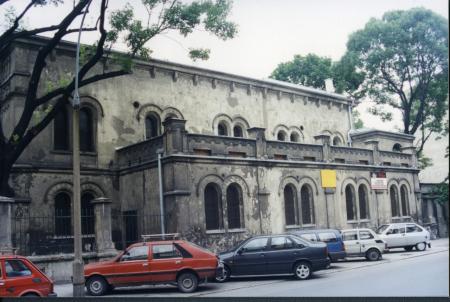 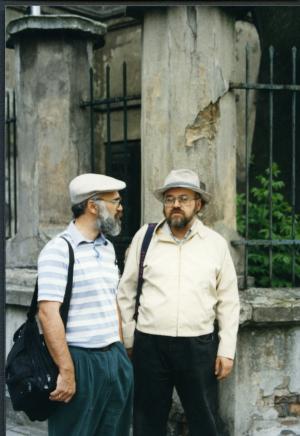 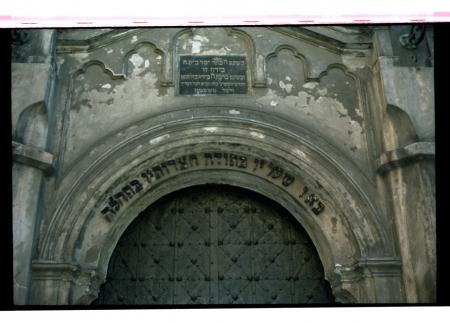