This text was prepared by William Gross: In the middle of the 19th century, in Paris, an enterprise was established to print a new set of Machzors with a French translation, apparently the first printing of a complete set of Machzors with French translation. The projecty was realized over a period of 11 years. At some point after the printing of the last section, that of Erev Yom Kippur, someone gathered them all and had them bound in a magnificent gold tooled leather bindings with very special gold printed end papers amd gilded page edges. Each section is preceded by a finely printed lithographic image from Torah readings for the holiday. The series was bound in five volumes.
The second is comprised of two sections for the morning and afternoon of Yom Kippur Day, published in 1853, B.2552, and a section for Erev Yom Kippur published in 1865, B.2558. At the end of this book is a subscription list, marked as the second such list for the series. 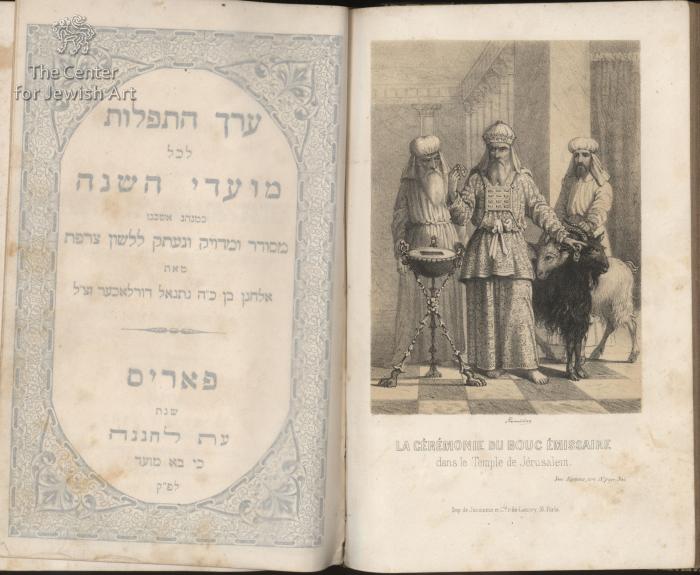 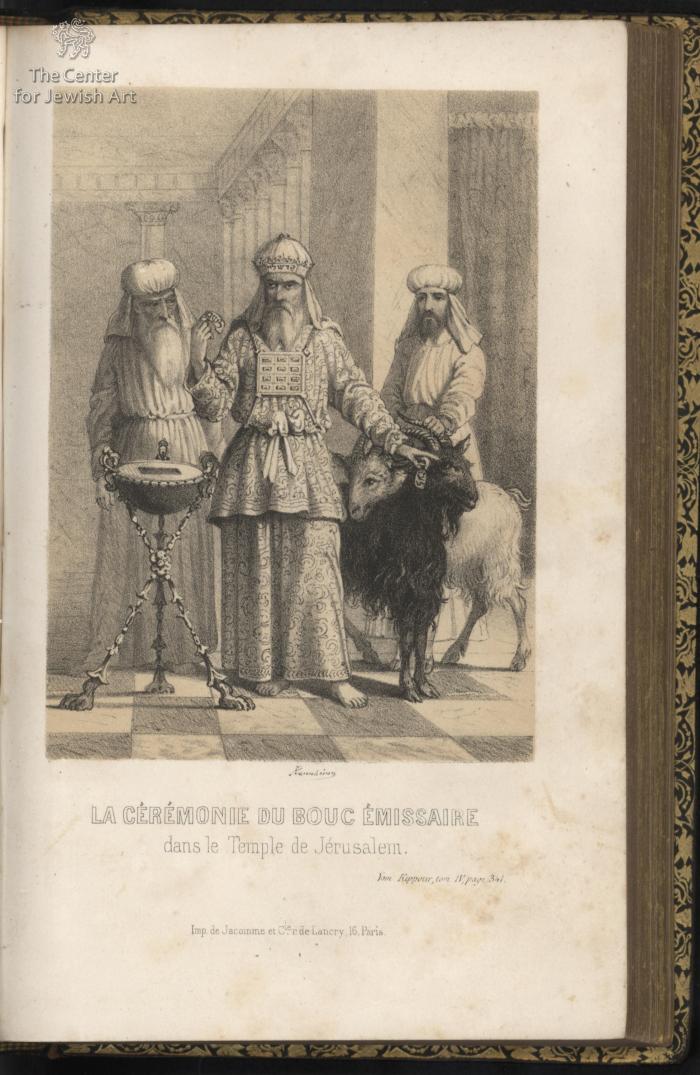 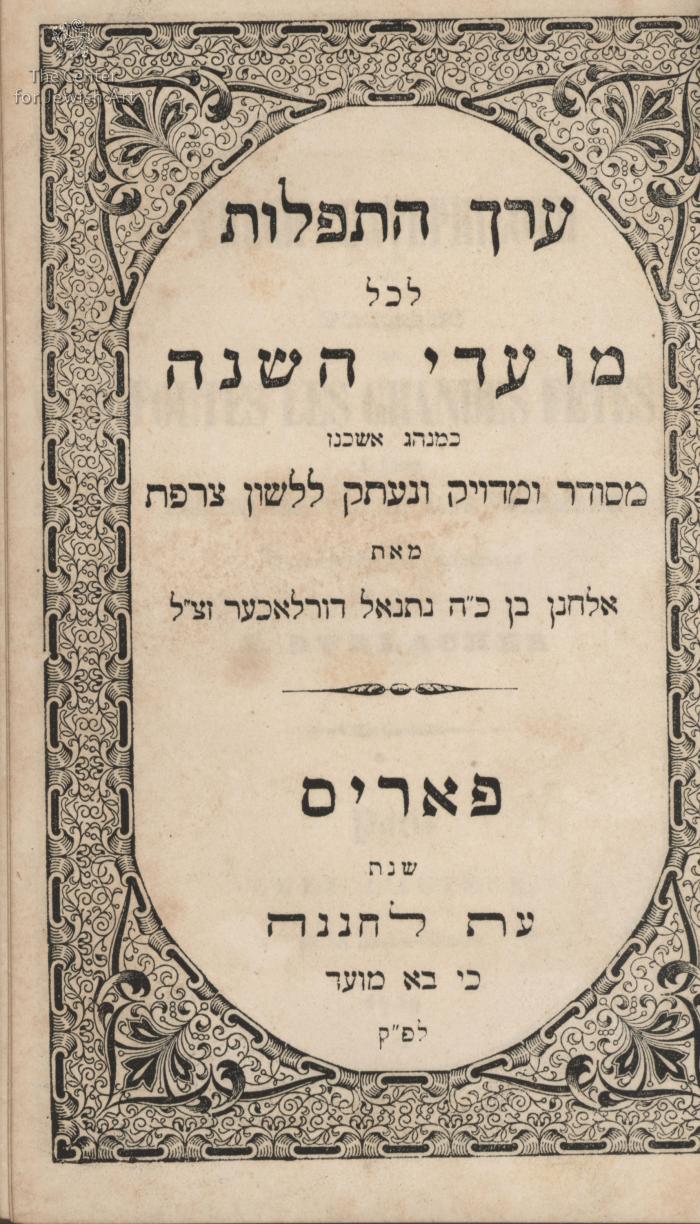 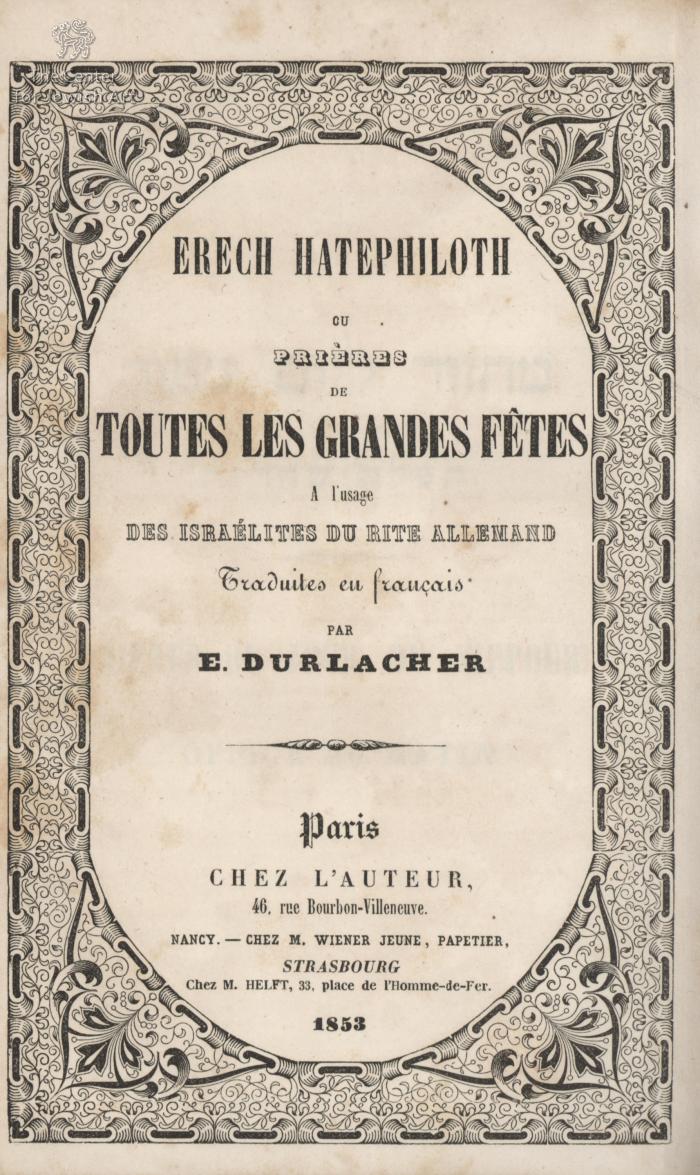 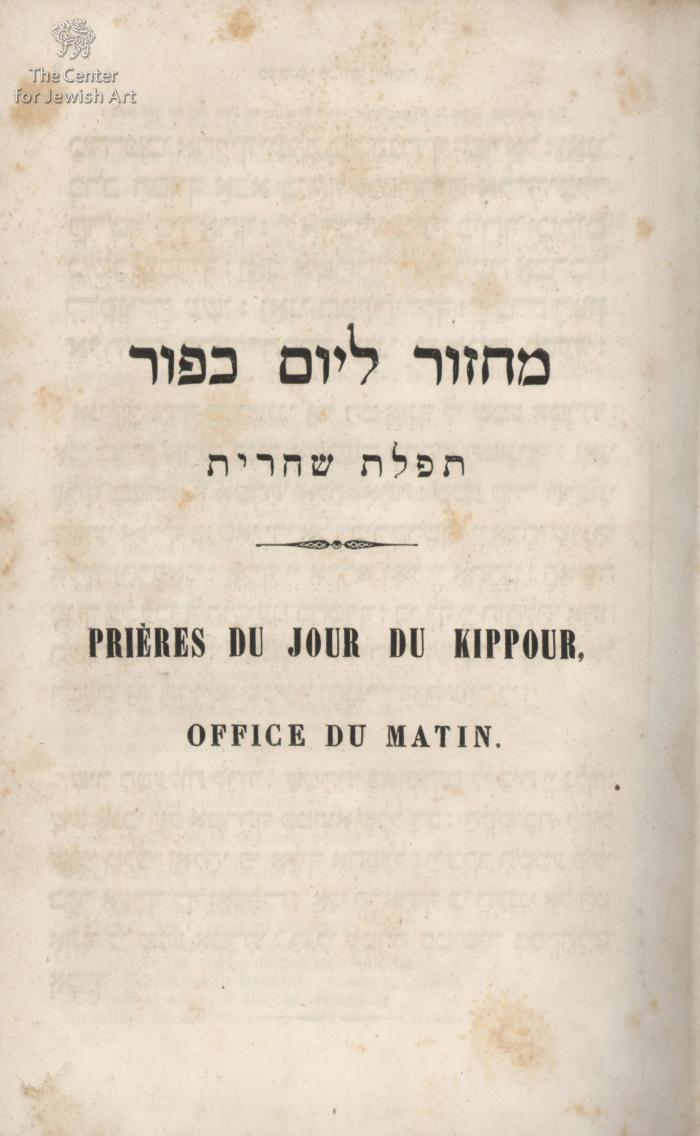 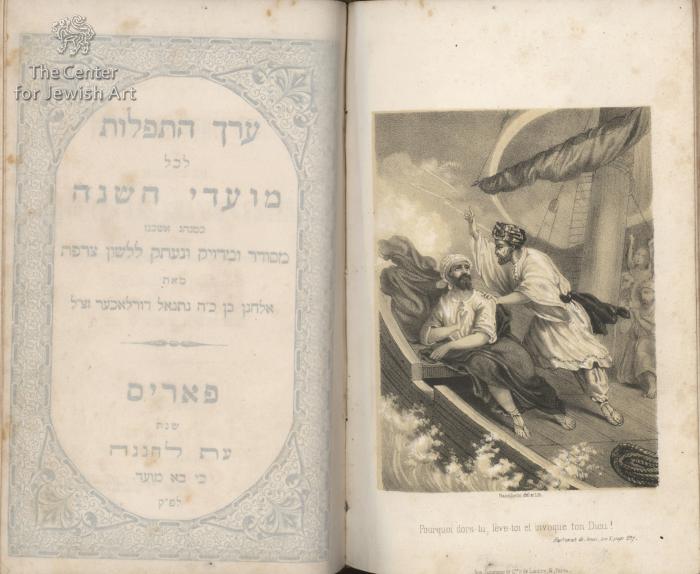 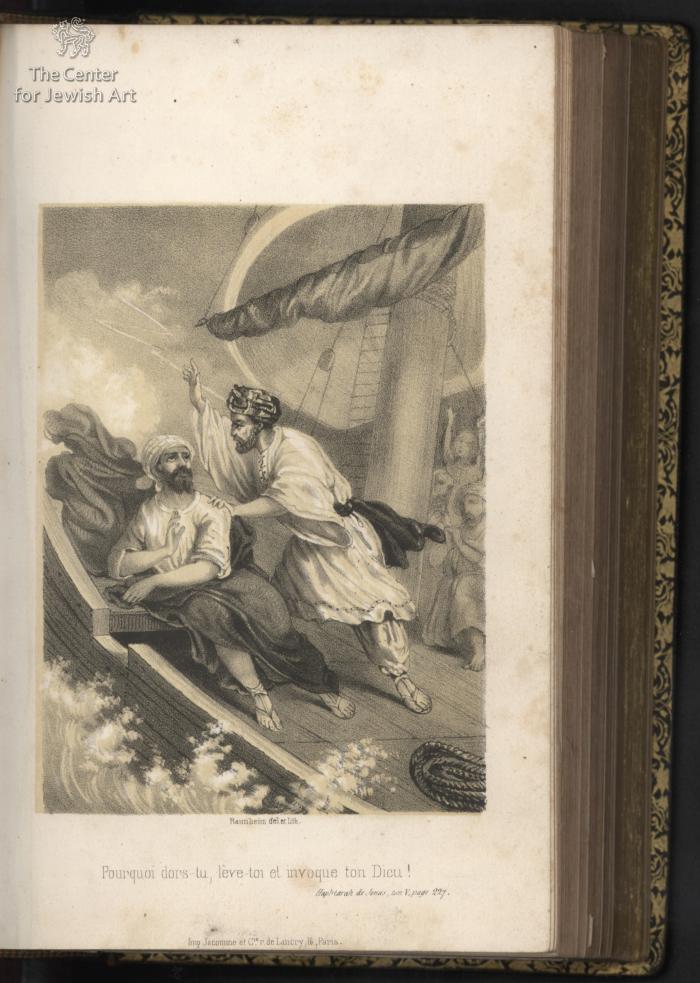 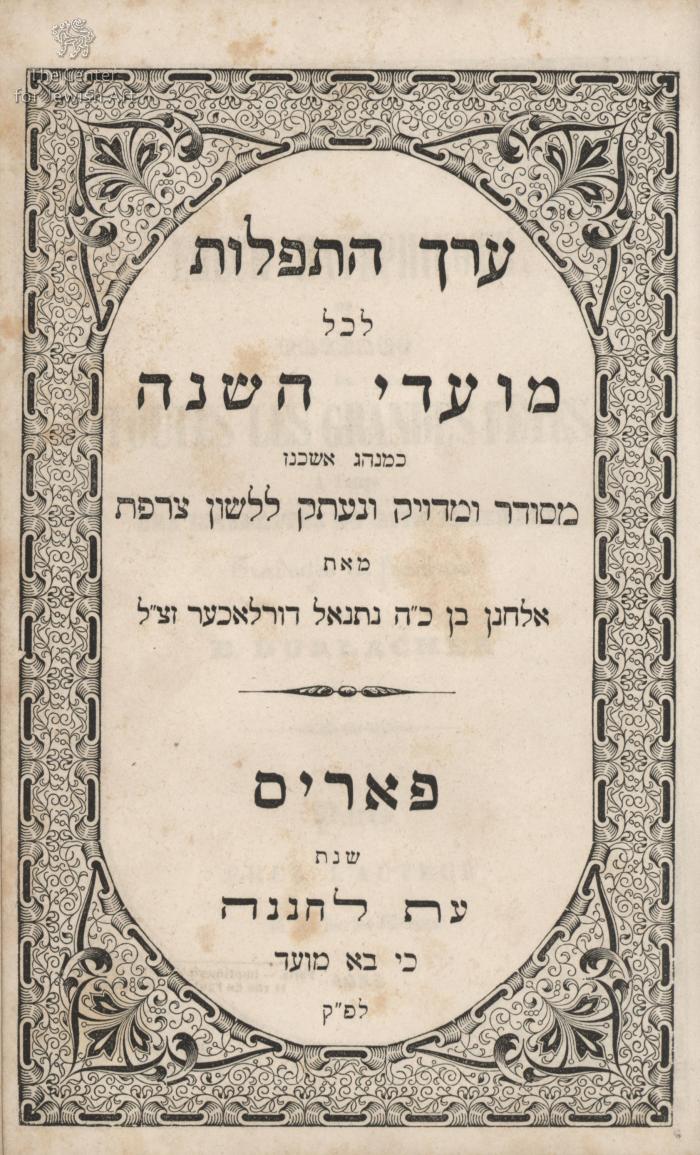 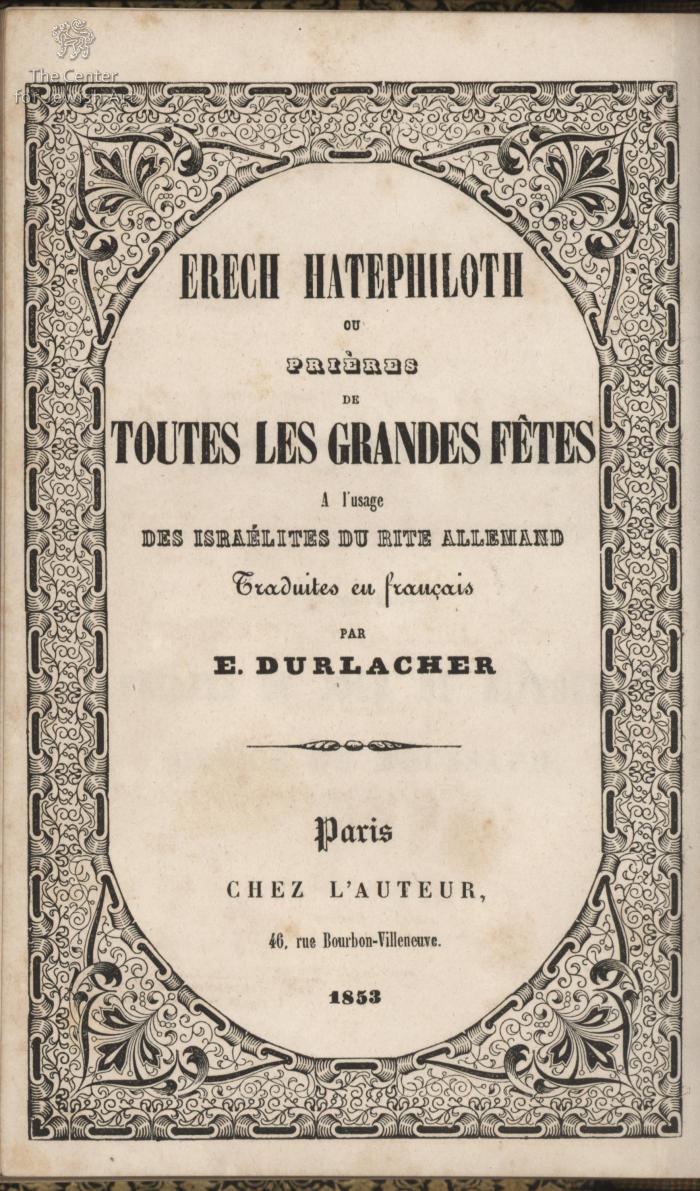