The scroll opens with a benediction sheet which is an integral part of it. It is decorated with a figurative scene that is difficult to interpret, however apparently, it is related to the Book of Esther narrative. Next to it, there is an arch that enframes three benedictions recited before the Megillah reading. In similar arches decorated with birds and animals, floral motifs, and flowers, the Hebrew text of the Book of Esther is written. The details on either side of the arches are drawn against a black background. The columns of text are separated with a repeating floral pattern with acanthus leaves. The only narrative scene in the scroll - the hanging of Haman (Es. 7:10) - is incorporated in the thirteenth column. The upper margins are decorated with foliate and floral ornaments, while the lower margins are blank. Some details are painted with tempera, while others are only pen-and-ink drawings. The last column contains the liturgical poem אשר הניא Asher Heni.

The scroll is mounted on a contemporary wooden roller. 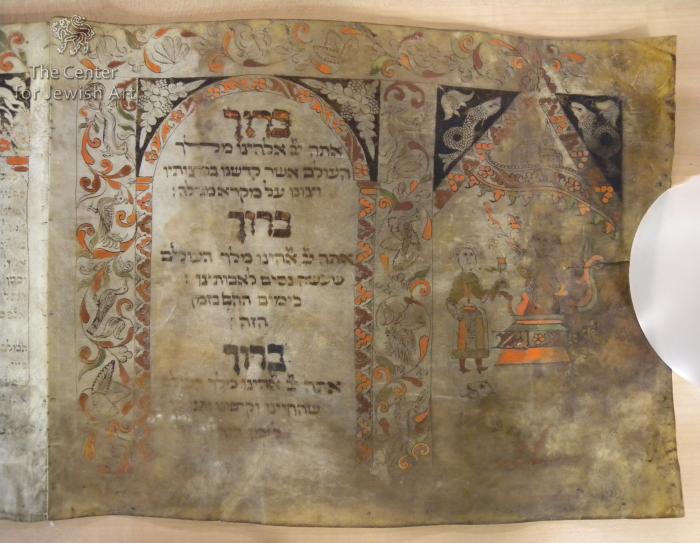 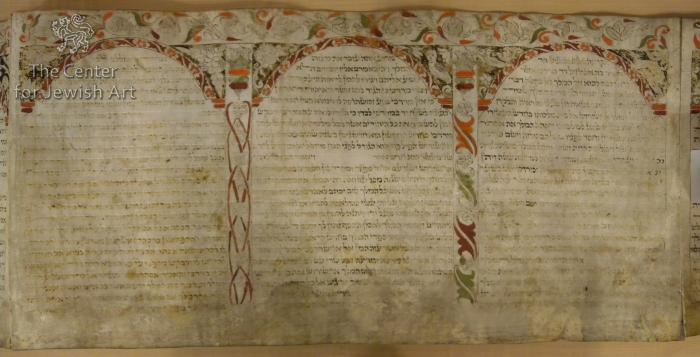 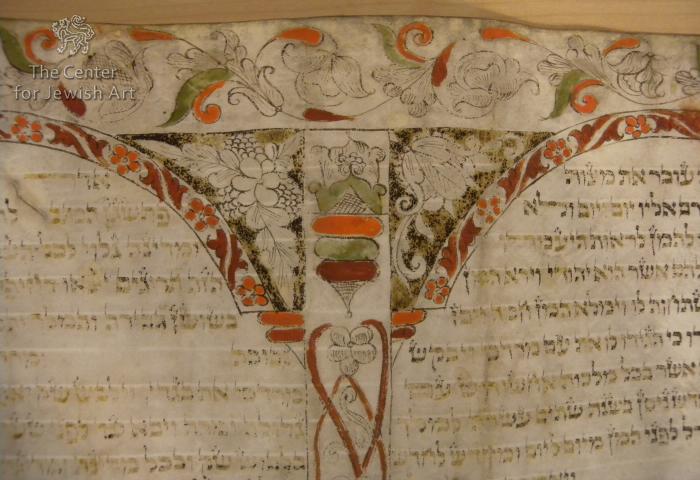 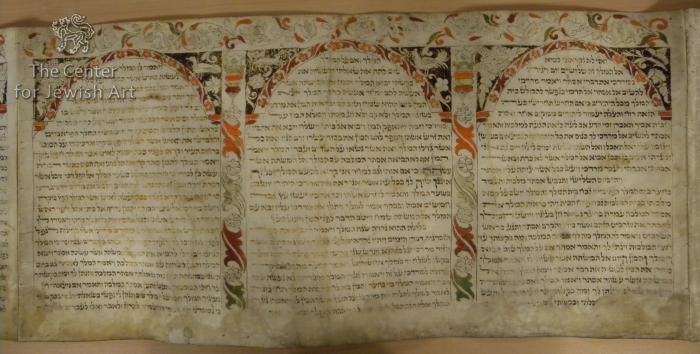 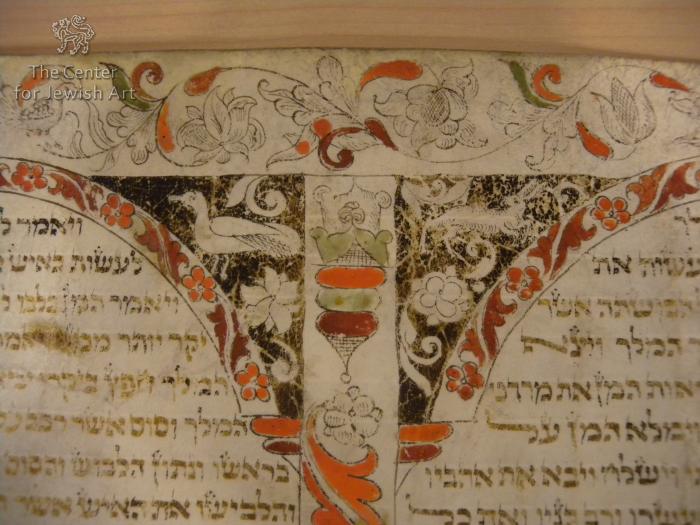 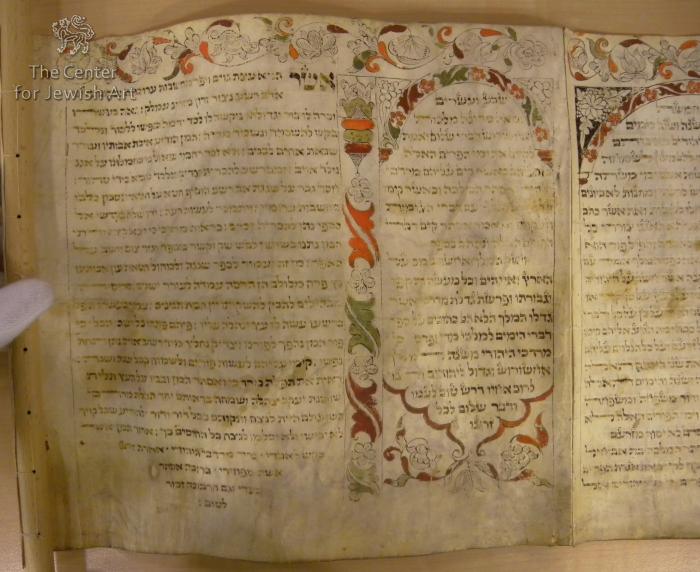 The beginning of the scroll is seriously damaged - it lacks a part of the opening decoration and the third benediction is poorly preserved. Its state of preservation suggests that the membrane was wet; especially its lower margin. The sheet is very dark and some details are barely visible on it.

Water damages are clearly seen on the lower part of the second membrane.

In general, the text is poorly preserved; in some places, it is almost illegible for the naked eye.

Some decorations are in good condition, while others are damaged.

The membranes are dirty.

The scroll is formed of 7 sheets containing 17 columns of the text (+ initial column with benedictions and final column with the liturgical poem) with 23 lines each, except for col. 13 which includes 11 lines divided into two half-columns.

The text is written in Hebrew square Ashkenazi script with tagin in dark brown (almost black) ink on the flesh side of parchment sheets that are very thick and stiff, suede and greyish.

In four columns there are highlighted letters forming the Tetragrammaton; they are larger than average letters in the scroll and decorated with dots in the mid of their vertical components. Similar letters can be found in col. 13 and the letter ת (Es. 9:29) is written as such too.

The letter ח (Es. 1:6) is enlarged and highlighted by its form. Other enlarged and diminished letters are included in col. 13.

The ruling is made with a hardpoint along with the membranes.

The pricking is visible on the membranes' edges (they are visible on some images of the manuscript).

All three benedictions start with an enlarged and decorative word ברוך.

On the blank side of a membrane, the current number of the manuscript and no. 1940-2-50 are written.

Columns of text on the fifth membrane are of different sizes.

In the Wiesbaden collecting point registered under number A104.