This example was cast from the original by Boris Schatz of the Bezalel School in Jerusalem as a commemorative medal in memory of Joseph Trumpeldor. 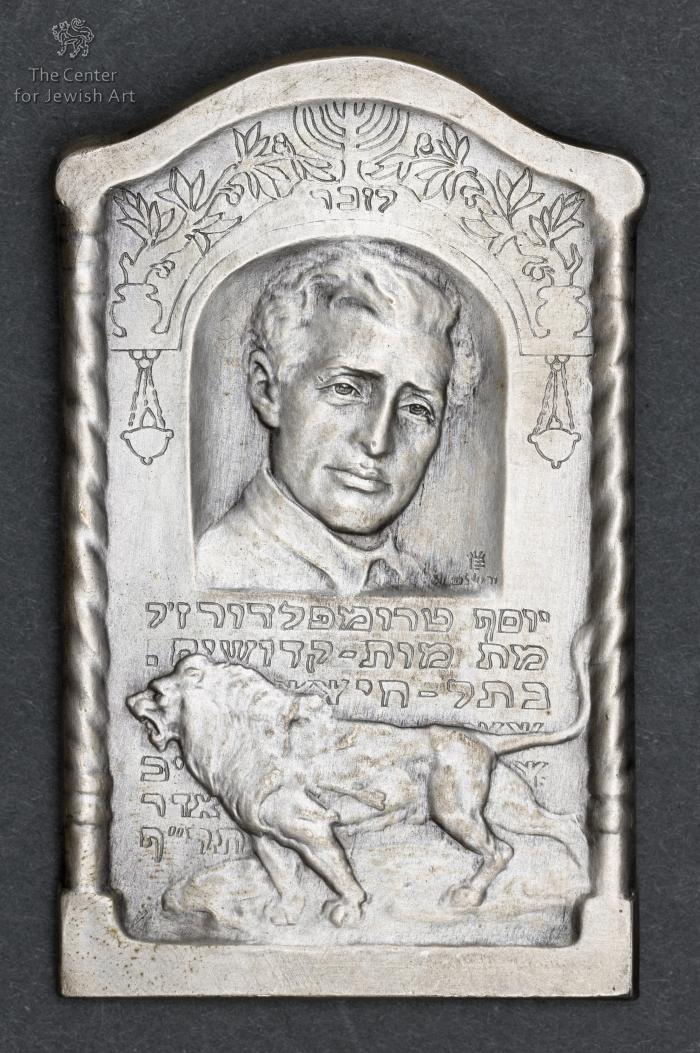