One of the most beautiful Torah pointers in existence, this Yad is gilt and set with diamonds on the pointing hand and finger. It was finely crafted by the same silversmith who made the restoration work for the Emden tas of 1639, Gross Family Collection 051.001.019. It was clearly made to be dedicated along with the Torah shield and to be used with it. The elegance and richness of these two objects certainly indicate a wealthy donor, who, in this case, had no dedicatory inscription inscribed on either object. 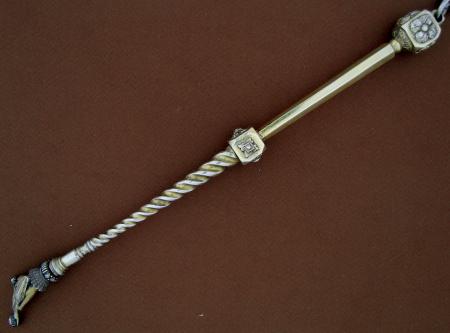 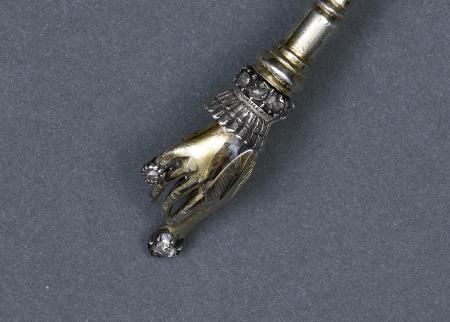 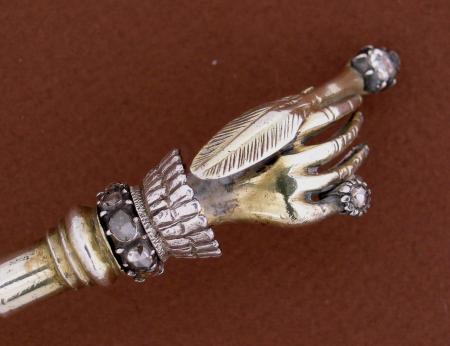 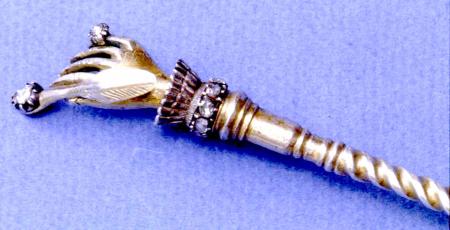