This is an early and somewhat rare edition of the Amsterdam Minhagim book in quarto format. It was later copied in two more editions from 1723 and 1728.
The press set up by Solomon Proops became the most famous of all the presses operating in Amsterdam in the 18th century, apart from the Menasseh ben Israel press. Solomon's father Joseph came to Amsterdam from Poznan. Solomon Proops was initially involved in the bookselling trade, and in 1677 was admitted to the Amsterdam Guild of Booksellers, Printers and Bookbinders. In 1704 he set up his own press, which was to become the longest operating and most productive of all the Jewish presses in Europe in the 18th C. He acquired the fame of a printer who produced beautiful books that could be bought at a reasonable price. 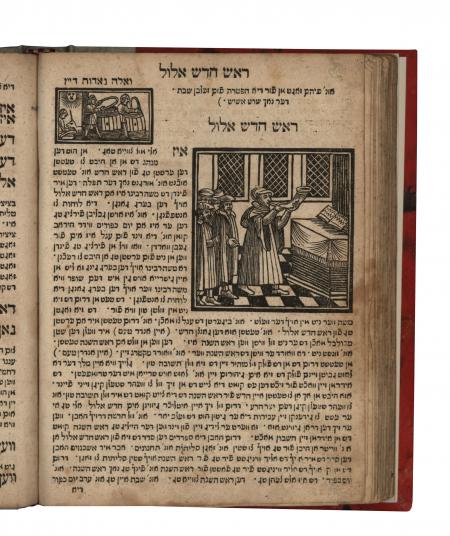 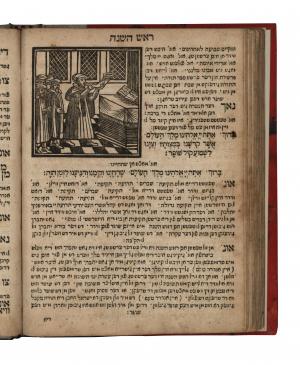 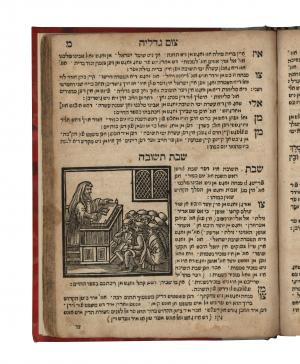 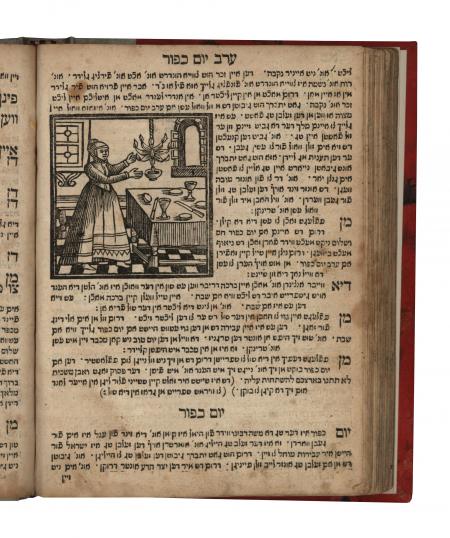 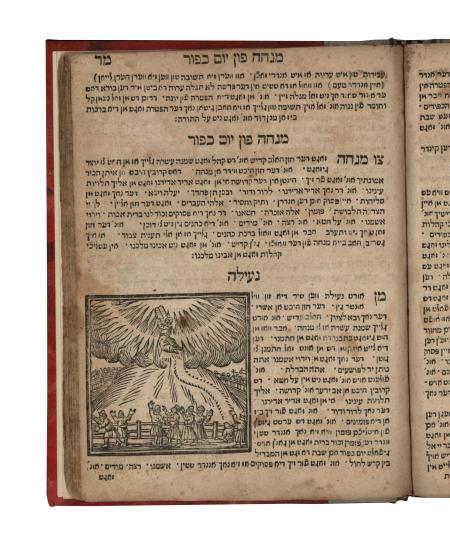 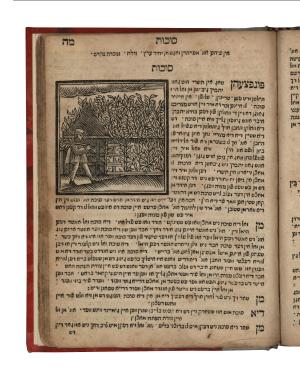 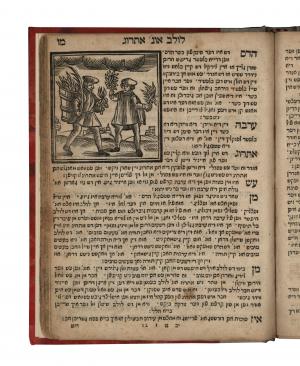 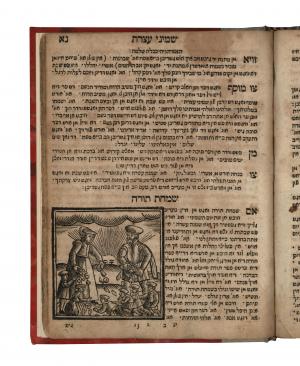