The square prayer hall is surrounded on the three sides by a women’s gallery on metal columns; its parapet is decorated with the images of the Tribes of Israel.

The continuations of those columns support also a domical vault, which features stars, sun and moon. Views of the Land of Israel are depicted on the eastern side of the vault.

The eastern wall of the prayer hall is richly adorned, assuming an illusionistic theatrical appearance: The Torah ark is placed against a background of a painted open curtain with golden ropes. A similar curtain is painted also on the opposite, western wall of the hall, flanking a wide entrance door. In front of the ark stands an elaborated amud. A simpler amud is situated in the vestibule, used as a small prayer room. 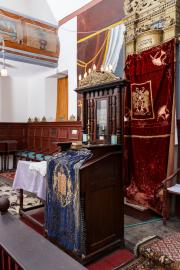 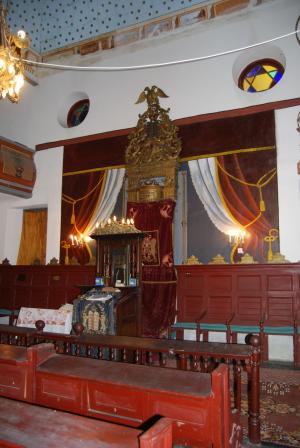 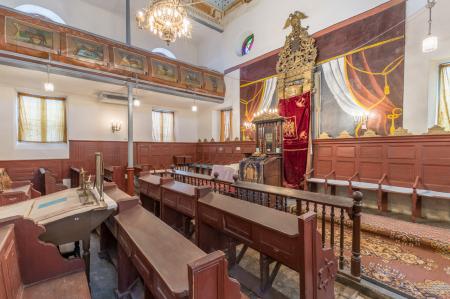 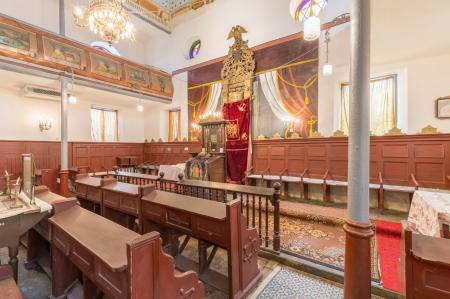 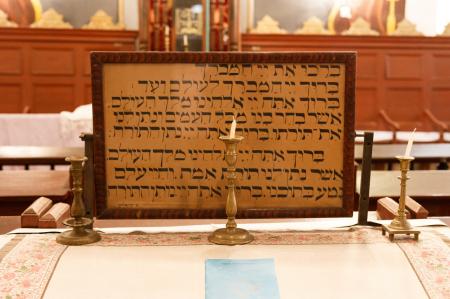 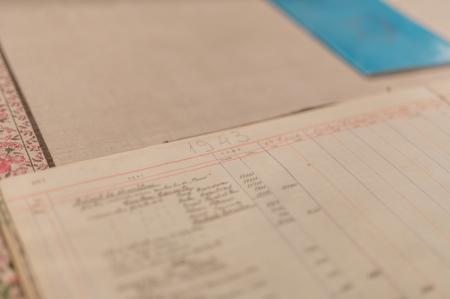 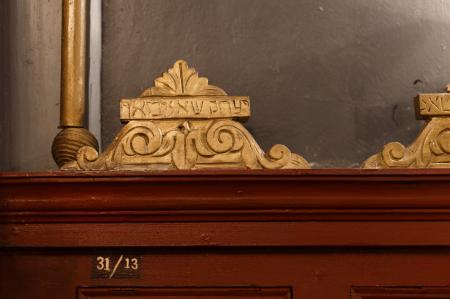 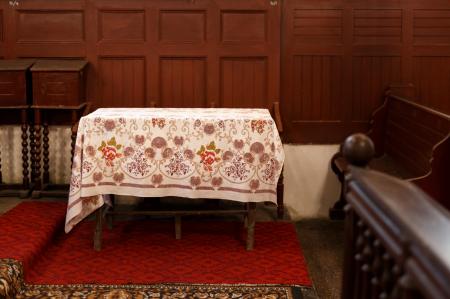 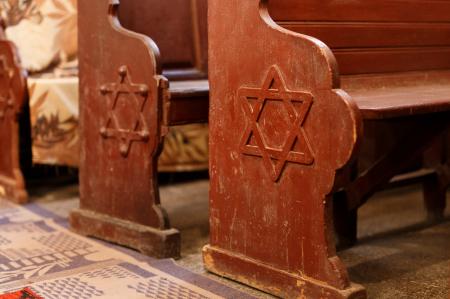 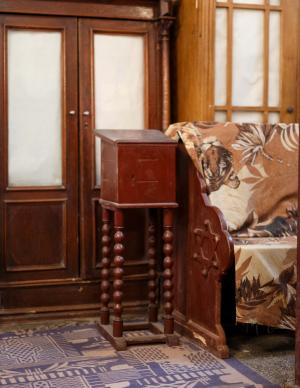 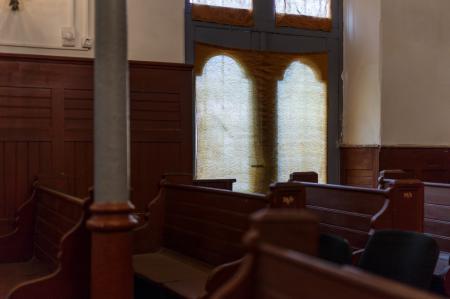 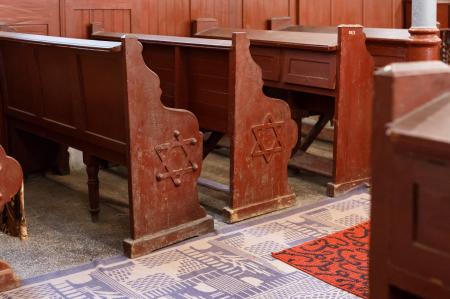 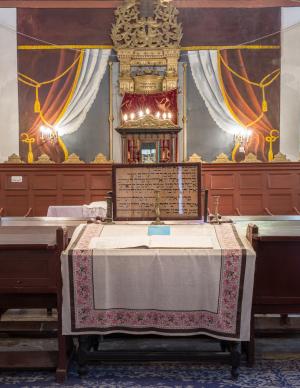