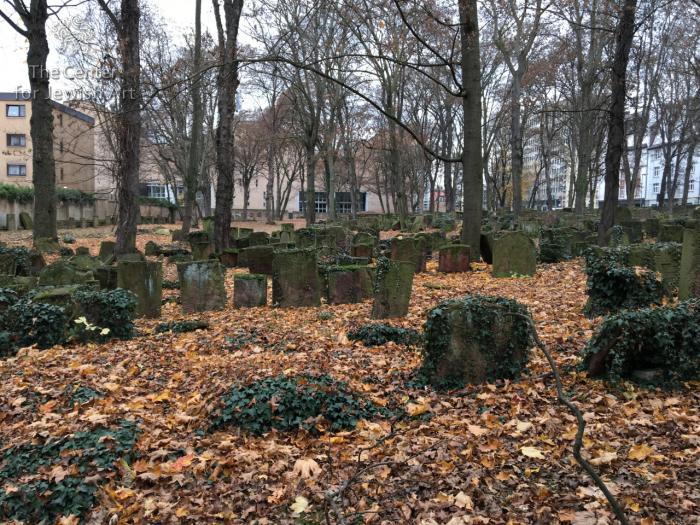 Jews in Frankfurt were restricted to the Jewish Street (Judengasse), where each house was known under a separate name. The names of houses often became nicknames of those Jews who lived there and later turned into permanent family names.

Starting from the mid-17th century, the signs of the houses were often depicted on tombstones.

We were able to recognize each tombstone thanks to Epidat - Epigraphische Datenbank of Steinheim-Institut (http://www.steinheim-institut.de/cgi-bin/epidat?id=ffb). Therefore, the description field of each tombstone includes a link to the corresponding tombstone in this website. There one finds the transcription of the epitaph, its translation into German, a short description, available information about the deceased person, as well as a very sharp black and white photograph of each tombstone. 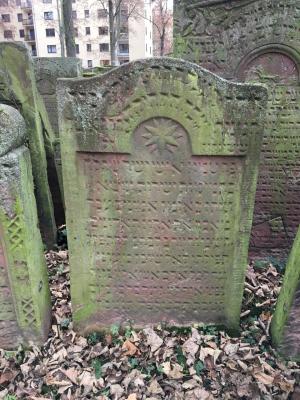 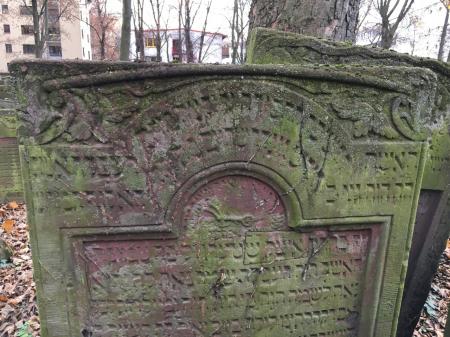 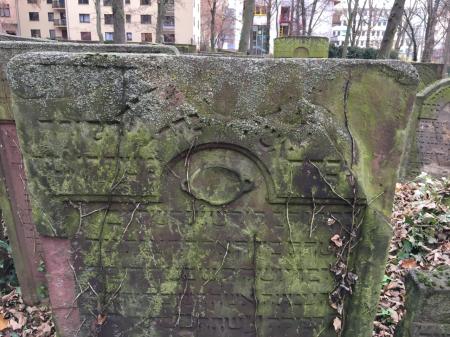 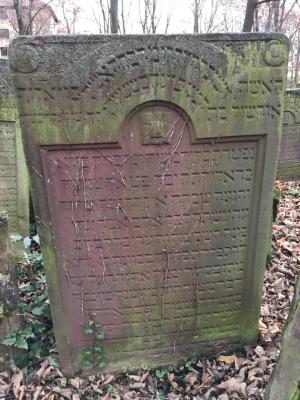 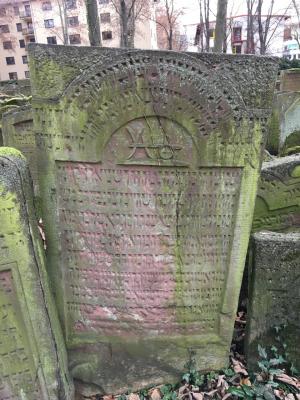 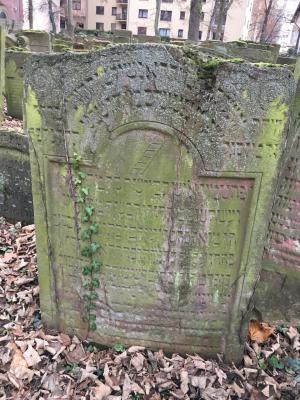 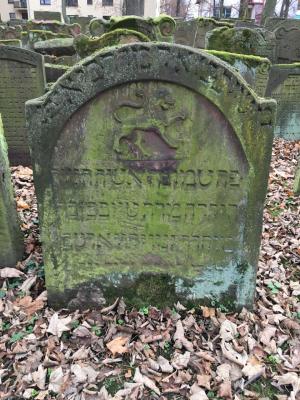 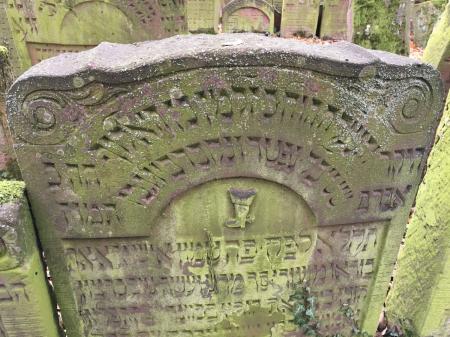