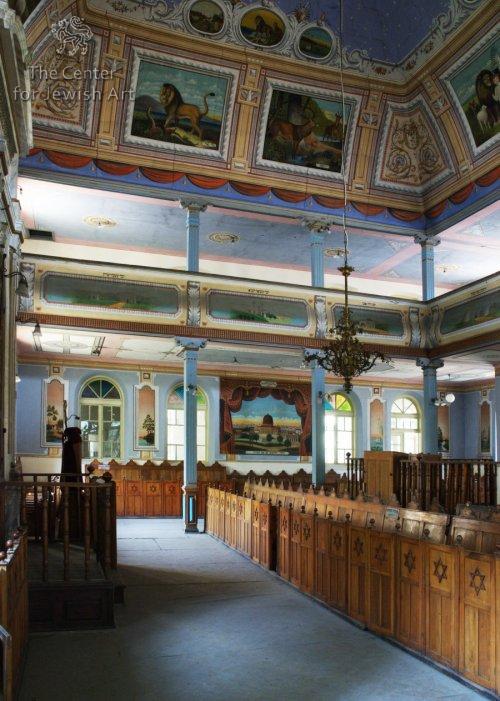 According to the information in the pinkas of the synagogue, the prayer hall was completely destroyed by the fire of 1924. From 1927 to 1928 a painter from Iaşi, Mendel Grünberg (Grinberg) painted the images (for this work he was payed 101,000 Leu). His credit is also noted within two inscriptions on the walls.

The decoration of vault of the synagogue contains a multi-level composition. The central part of the vault is decorated with a sky and stars motif, including both the moon and the sun. In the center of the vault is a single-headed heraldic eagle is painted. It keeps a military standard with the verse "As an eagle that stirs up its nest and hovers over its young" (Deut. 32:11), and a white Magen David. In the lower part of the vault two belts containing paintings of the Zodiac signs and illustrative biblical scenes. Zodiac signs are located in the upper belt and are framed by ovular medallions and grouped by threes. The eight illustrative scenes are located in the lower belt and are composed by twos and framed by rich architectural ornament.

All the walls of the prayer hall are divided by decorative pilasters decorated with landscape scenes. A large landscape with the musical instruments, illustrating Psalm 137, is placed on the south wall, and a similar picture of the Temple in Jerusalem is depicted on the north wall.

The images of the Holy Tombs in the Land of Israel decorate the outer side of the balconies of the women's section.

For the vault decoration see:

For the decoration of the Torah Ark see; For  the Women's balcony decoration see: 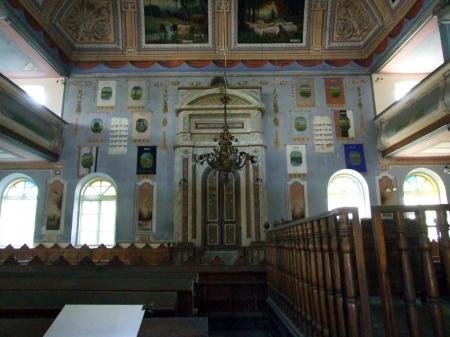 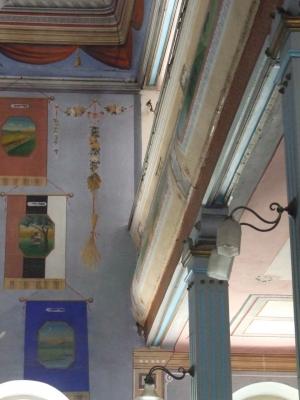 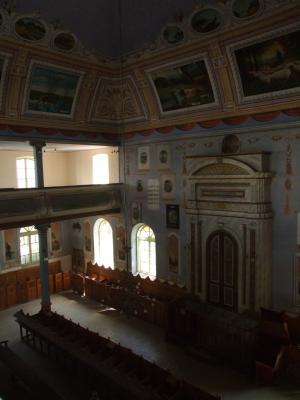 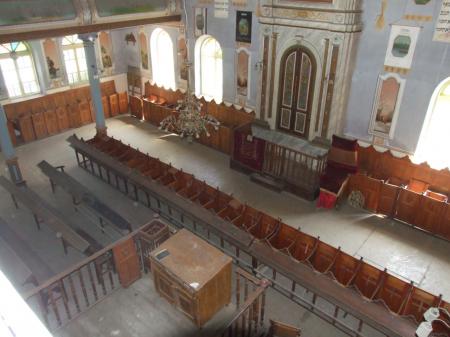 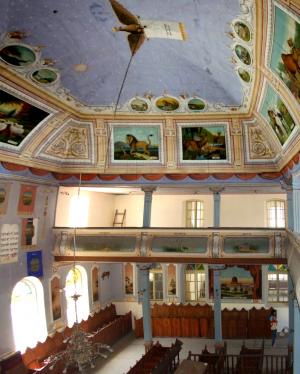