According to ESJF European Jewish Cemeteries Initiative, the exact period of the cemetery's establishment is unknown. It is marked on the Austro-Hungarian map of 1880s. Presumably it emerged in the second half of 19th century, after the Old cemetery was closed. According to locals, gravestones from the site were used to construct foundations of barns. The cemetery site is used for cattle grazing. Part of the site is a waste dump. There are about 100 gravestones.

Date of the oldest tombstone: 1908

Date of the latest tombstone: 1937

To reach the cemetery, proceed for about 400 metres in the direction of Konstantsiya village from the central intersection of Ozeryany. Turn left to the secondary road. Proceed for about 350 metres. The cemetery is located on the left of the road.

New Jewish cemetery in Ozeriany - photos of 2019
Summary and Remarks 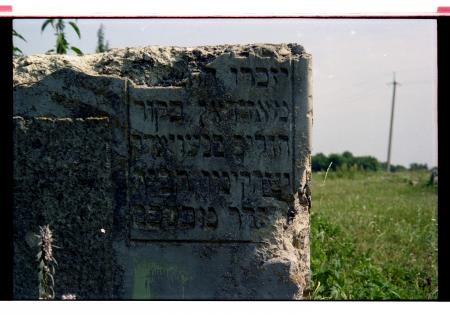