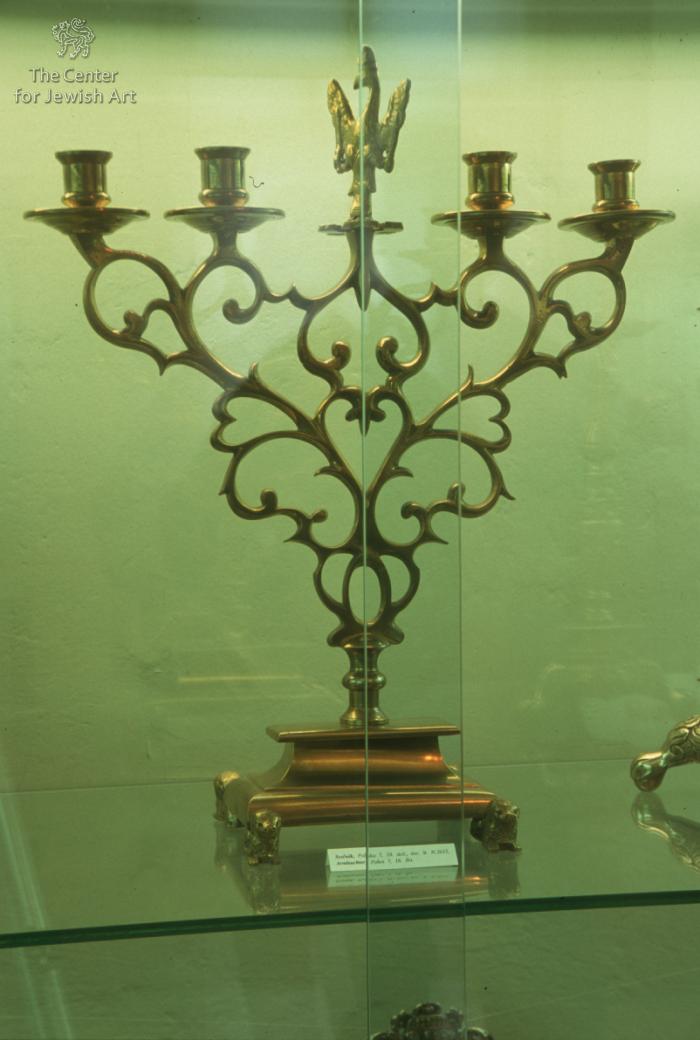 The brass candelabrum consists of a base, a shaft, branches, and candle sockets.

The rectangular, graded base is supported by four legs in the shape of crouching lions.

The short undulating shaft is a combination of grooves with a circlet in the middle. The branches are formed and decorated with symmetrical foliate scrolls. Four vase-shaped candle sockets rest in the round, concave trays attached to the branches. The central branch is topped by an eagle.

The object is identical to the candelabrum from the Lviv Museum of Ethnography and Crafts (CJA object 2005). 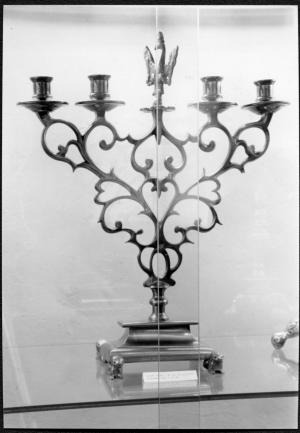 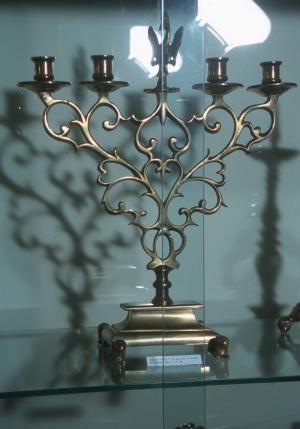 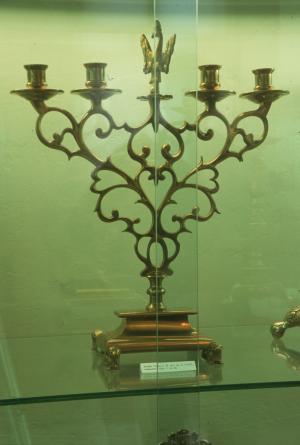 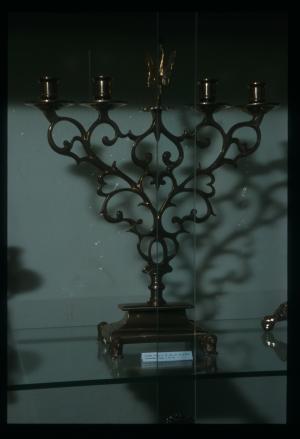 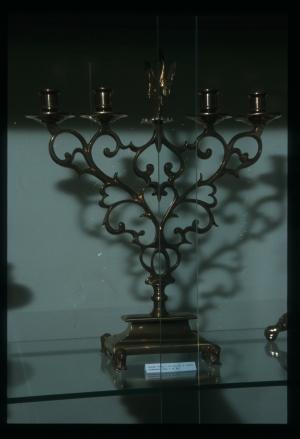