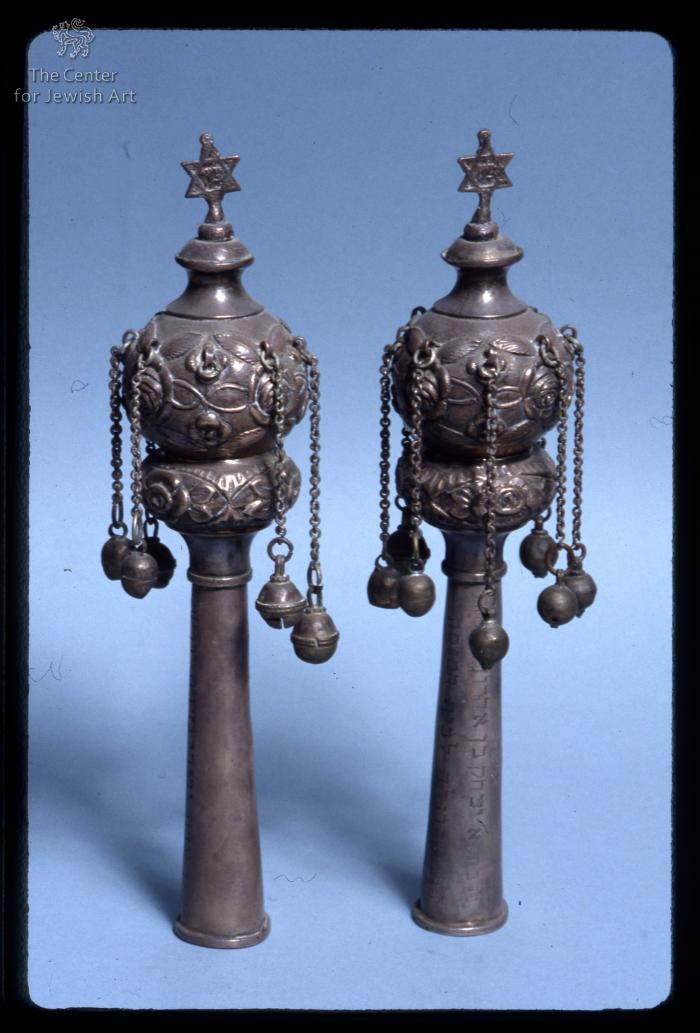 The cylindrical tapering shaft is encircled by a ring at the bottom and surmounted with a flattened widening towards the top capital. Different dedicatory inscription, written towards the body in square letters, appears on each shaft. On the one finial it reads:

On the second finial it reads:

"Dedicated to the Lord, a donation of A. Izhak the son of Aharon and Salha the daughter of Abdula, for the synagogue "

The body is divided into two parts. The compressed globular base is decorated with four oval horizontal medallions bearing an open rose flanked by leaves. The space around the medallions is decorated with lines. The upper biggest globular part depicts four open roses, flanked above and below by a pair of elongated leaves and on the sides by two smaller leaves. Eight rings with chains carrying globular bells are attached to the part above the roses. The body is surmounted with a concave-convex blank capital. 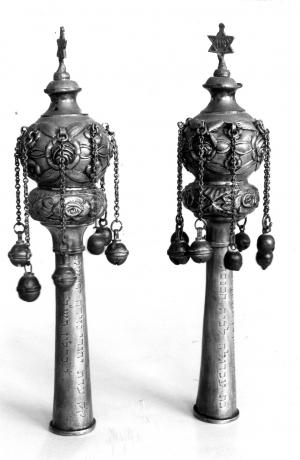 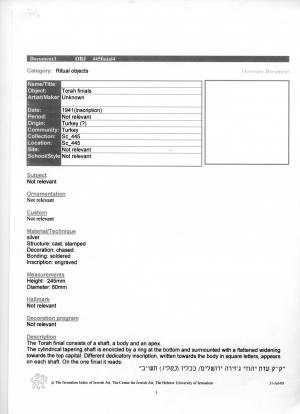 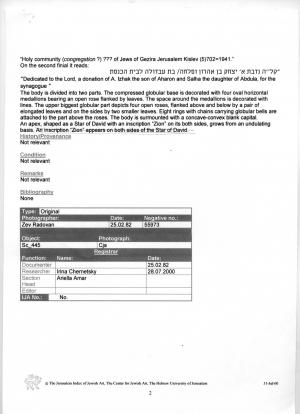 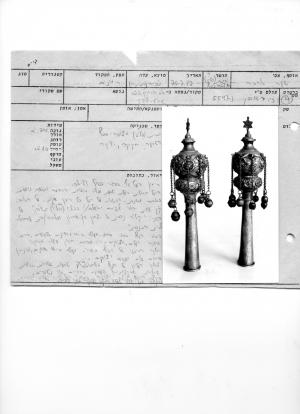 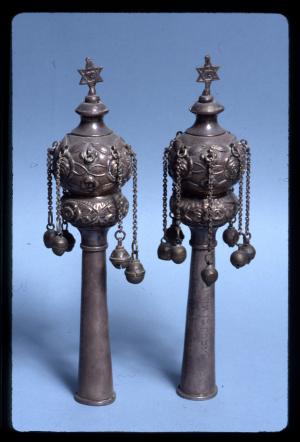