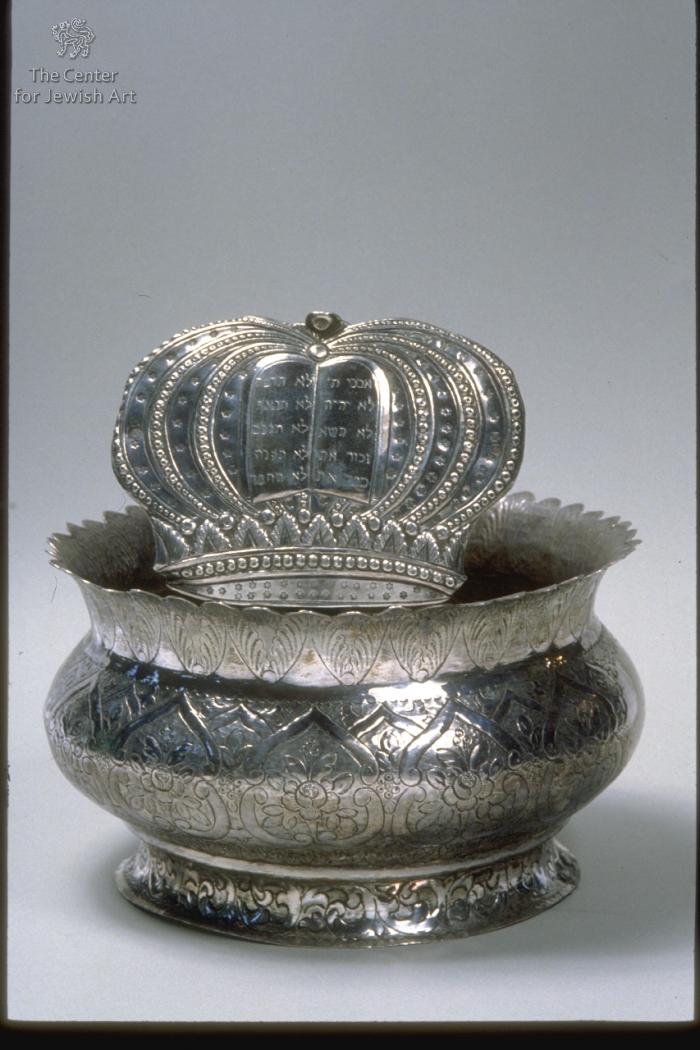 The silver cylindrical coronet is divided into two parts: a base and an upper part. The concave base is decorated with a band of foliate scrolls. A pattern of a flower within a medallion consists of roquais is depicted on the convexed upper part. Two of the medallions bear an inscription in square linear letters which reads

On the first medallion:

Continues on the second medallion: 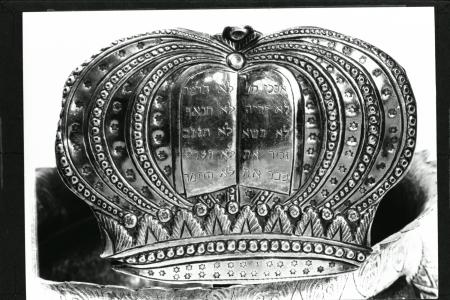 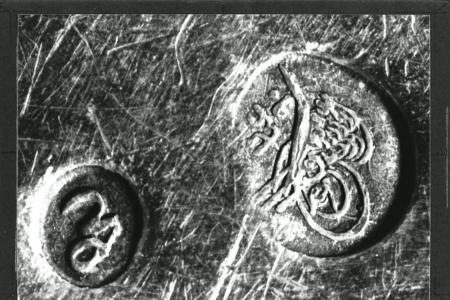 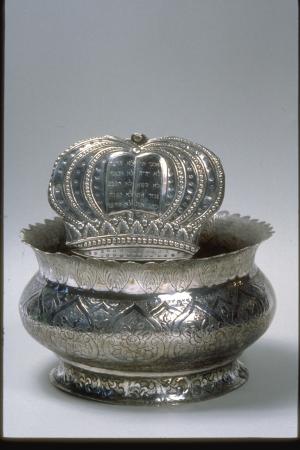 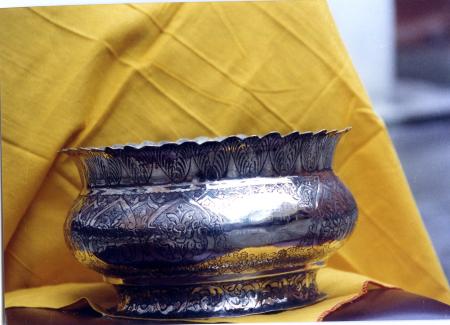 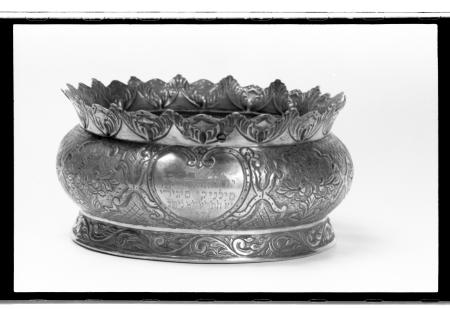