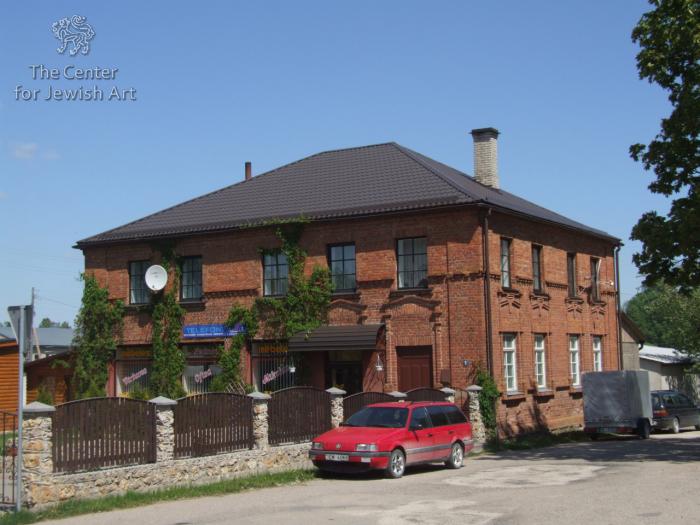 The former Second Prayer House is located on the northern side of Skolas Street, at the corner ofUpes Street. The plot on its southern side, where before 1941 stood the mitnagdic First Prayer House, became now a forecourt of the building.

The prayer house was designed by N. Gol’iash (?) in the so-called “brick style” in 1896 and built quite similarly to the design. Currently (2009) the building of the former prayer house preserves its basic form and most part of its exterior decoration, notwithstanding that it was split into two floors and slightly heightened.

The building of the Second Prayer House is redbrick, not plastered, coveredwitha hipped roof. Its corners are emphasizedwithwide lesenes. It consisted of the eastern prayer hall and western vestibulewitha women’s section above it. The staircase to the women’s section – shown in the design along the western wall – was never built and women probably accessed the upper floor through an exterior wooden staircase, as it was customary in many other synagogues in the area.

The prayer hall was rectangular, with four segment-headed windows in its eastern wall, and three in each northern and southern ones. The Torah ark was situated by the wide central pier of the eastern wall. The windows of the prayer hall were emphasized on the outside by brickwork decorations. Those on the eastern façade had surroundswithkeystones and side turrets and depressed panels underneath; and those on the southern façade, which originally faced the Mitnagdic Beit Midrash, had sinuous pediments. As could be seen on the interwar photograph, the windows on the northern façade, facing a neighboring plot, were not decorated. After World War II the windows of the eastern façade have been lowered and became rectangular instead of segment-headed; two windows of the southern one were remade into entrances and the third one – into a showcase.

The windows of the vestibule and the women’s section in the western part of the building were segment-headed, as it could be judged from the blocked windows on the northern façade. On the southern façade these windows were completely replaced by wide showcases and the western façade is currently blocked by a later annex. The segment-headed doorway on the northern façade was bricked up in the Soviet period but currently a new door was cut in the same place.

Originally, a dentilled stringcourse encompassed the whole building above the windows and a crowning cornice with fine molding run under the roof. When after World War II the former prayer house was split into two floors and heightened, the original cornice disappeared (currently the building has a new, much simpler cornice). The windows of the upper floor were cut through the stringcourse, thus destroying its meaning of the mezzanine level. 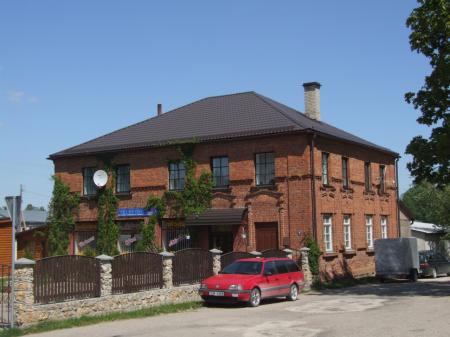 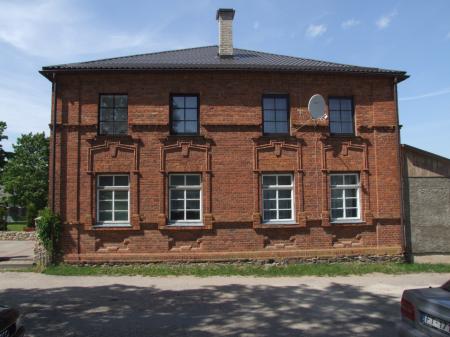 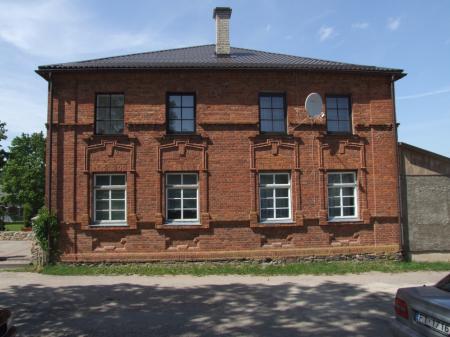 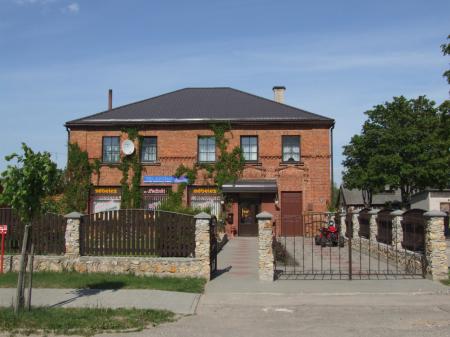 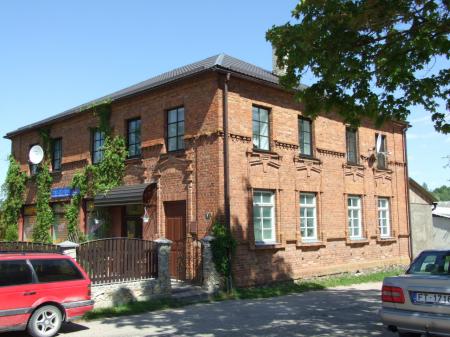 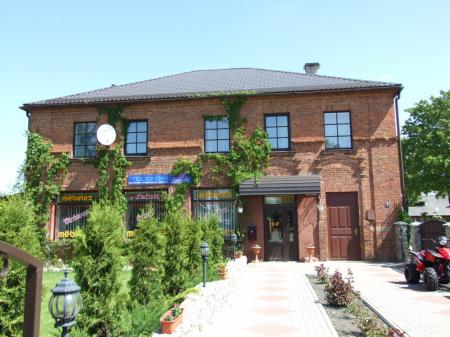 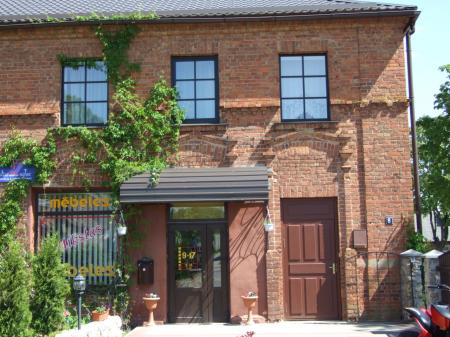 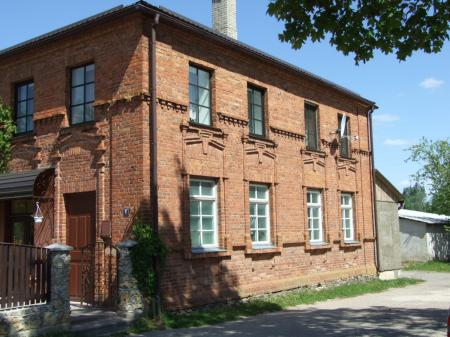 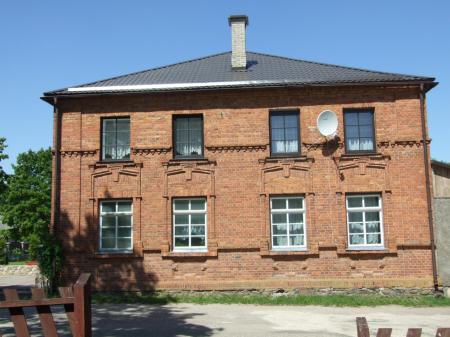 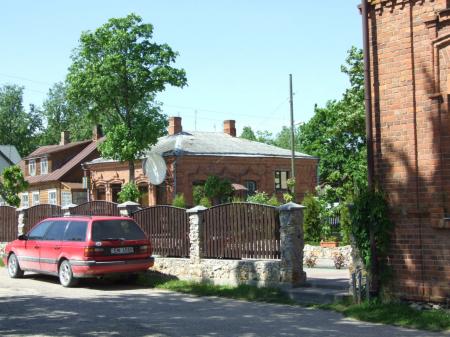 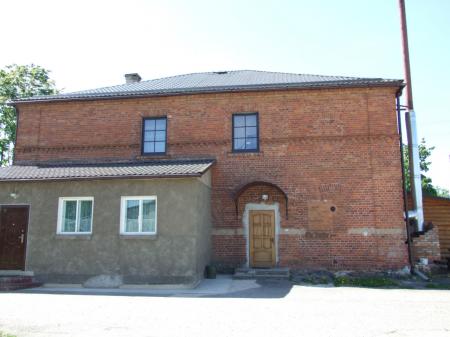 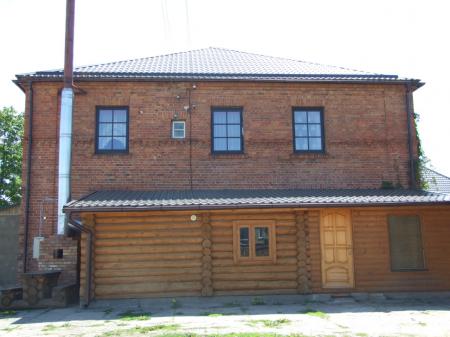 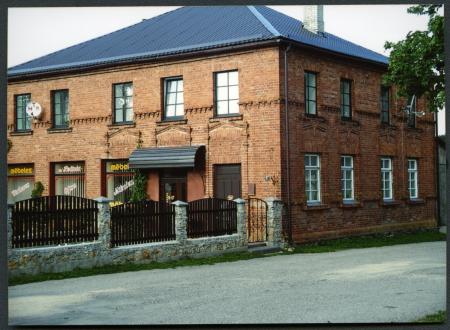