The New Synagogue, or ‘Neie Sjoel’, was constructed in 1750/52 on the location of an earlier but much smaller synagogue, dating back to 1730, and three private homes. The design of the New Synagogue has been attributed to G. F. Maybaum and is designed in a sense similar to the Grote Synagoge but is somewhat larger and is adorned with a large dome. The square-shaped layout of the building is divided into three aisles, with vaulted ceilings and four large columns. The galleries are located alongside the side walls of the building, thereby emphasizing the axis of the Torah Ark. The square shape of the building, on the other hand, is accentuated by the light entering from the centrally located dome on top of the hipped roof.

The front façade does not directly correspond with the layout of the building as the main entrance could not be placed in the same axis as the Torah Ark. The entrance itself contains several classical elements such as the cornice and Ionic pillars. The inscription above the entrance refers to Psalm 14:7, Psalm 118:20 and shows the Hebrew date [5]513 (or, 1753 CE). The façade of the upper floor contains large rounded arch windows while smaller windows are located on the main floor.

The interior was heavily damaged during the Second World War after which the furniture including the bimah, Torah ark, menorahs, chandeliers went missing. The interior has now been transformed to a museum space as part of the Jewish Historical Museum. 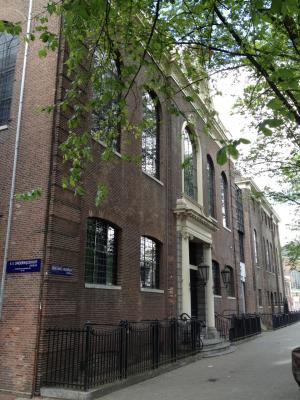 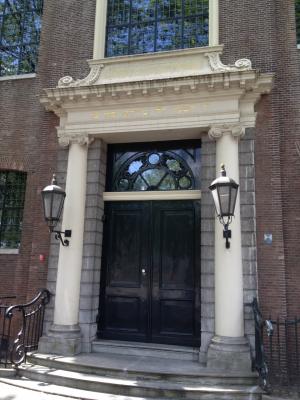 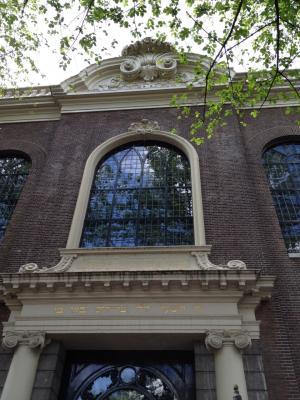