The beit midrash was probably built in the second half of the 19th century, and must have been severely damaged in the fire of 1918.

The exterior of the wooden beit midrash shows clearly the interior division into a prayer hall on the southeast and the vestibule with women’s section above it in the northwest. The building has retained its form as seen on photographs from the 1930s. The beit midrash is a milled wood log house, built on a masonry foundation. It has a rectangular plan, 22.57 by 17.19 m, with its shorter sides facing southeast and northwest. Its maximal height is 9.65 m. The lofty southeastern part of the building housed a prayer hall. The northwestern part includes a central vestibule and two chambers on either side on the ground floor, and a women’s section on the first floor. An extension with a staircase to the women’s section is adjacent to the western corner of the building with a door opening on its southeastern side (currently the stairs are missing). The entire log structure is spanned with a hipped roof in a truss construction.

The main entrance to the building is cut through the center of the northwestern façade, where traces of a demolished exterior lobby are still evident. The windows of the two-storey part of the building are rectangular. Another door leading directly to the prayer hall is located on the northeastern façade. The prayer hall with 18 windows (one of them is combined with a door) is nearly square; it measures 13.86 m from southeast to northwest and 15.00 m from northeast to southwest; it is 5.13 m high. The ceiling of the prayer hall is supported by two heavy longitudinal beams, which rest on the division wall of the women’s section, the southeastern wall of the hall and the central pillars. Originally, the ceiling of the prayer hall was planked; some planks remain in the eastern corner, in very poor condition. The interior of the building was originally lathed, plastered, and whitewashed, though much of the plaster is missing. Most of the interior adornments are lost, although the wooden patera in the ceiling above the bimah and the capitals of the central pillars still exist; these elements are painted white, blue and gold. A fragment of painted frieze with a repeated stencil rose design in between a broad blue band and red doted line is traceable on the northwestern wall. The Torah ark stood at the center of the southeastern wall, in the wide pier between the central windows. A painted plaster relief showing a palmetto held in what looks like a triangular vase, was situated above the ark and is still visible. The entrance to the prayer hall is located in the center of the northwestern wall, above which, in the interior, there are fifteen segment-headed openings connecting the hall to the women’s section. There are six round-headed windows on each of the southeastern and southwestern sides of the prayer hall, and five such windows and a round-headed door combined with a window in the northeastern wall. The frames of all the openings were painted gold. In general, the forms and colors of the interior decoration hint at Neo-Classicist aesthetics, while the palmetto may be inspired by Lithuanian folk motifs.

After WW II the former beit midrash was used as a storage, and a wooden lavatory was added to its southwestern façade. Since the 1980s the building has been abandoned. Recently a plaque was put on the building, reading “Synagogue of Žiežmariai / This synagogue has been selected as a part of the / European Route of Jewish Heritage. // This Route, officially recognized by the Council of Europe as a European Cultural Route, encompasses Jewish sites of outstanding European value.” Regardless of this recognition, the building is rapidly falling apart. 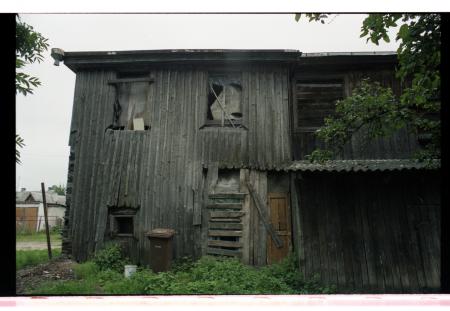 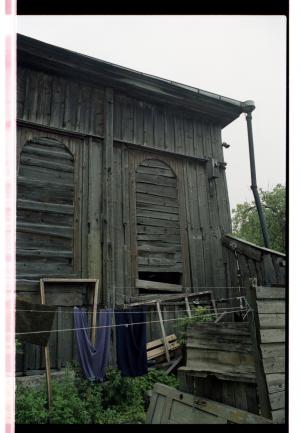 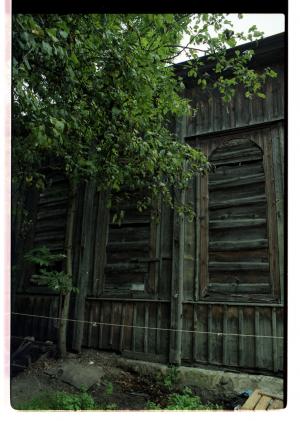 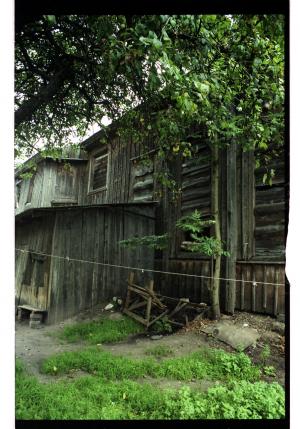 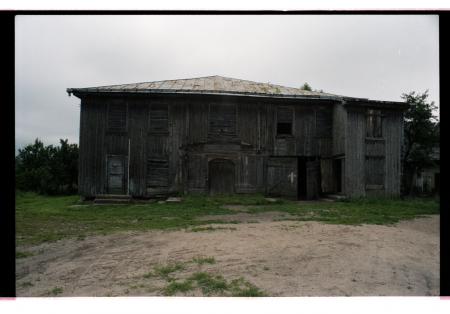 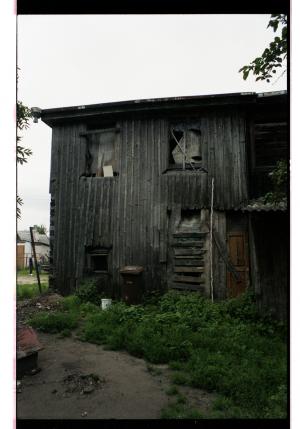 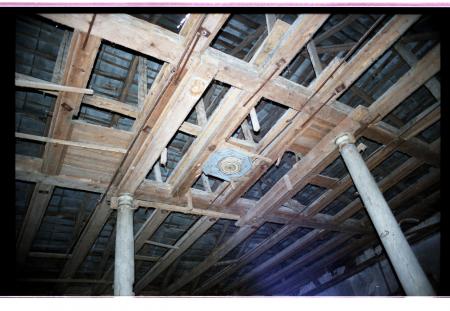 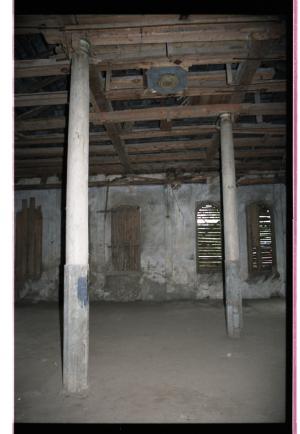 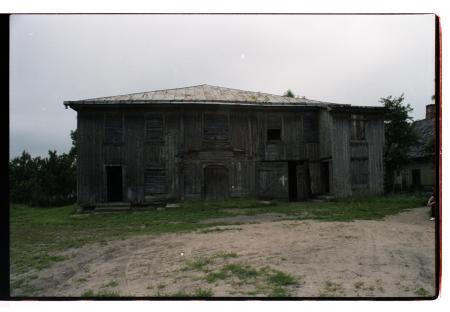