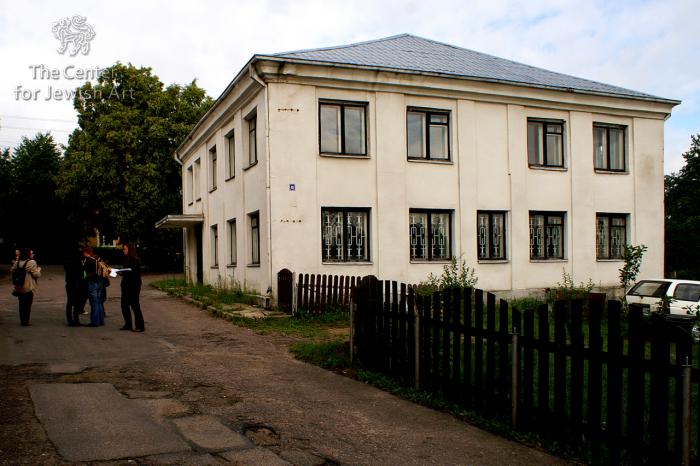 The Hasidic synagogue was built in 1908, in the so-called “brick style” after a design by Filipowicz-Dubowik from 1906. The designed building of almost square plan is supported by a socle; it consists of a two-storey western part and a prayer hall, and is covered with a hipped roof. Two pilasters frame the eastern part of the southern façade, which corresponds to the prayer hall, and is pierced with three tall pointed windows. The two-storey western part of the façade contains two doorways (for men and women) with folding doors, framed by pilasters and pediments topped with Stars of David. The two oculi above the portals have hexagonal glazing. A pointed window is inserted between the oculi. A stringcourse marks division between the two floors, and two rectangular recesses flank the upper floor windows. A dentiled frieze and a stepped cornice crown the façade. According to the design, the eastern door on the southern façade leads to the vestibule, from where the prayer hall and another heated room, which also had an entrance to the hall, are accessible. The broad prayer hall has ten windows, and an oculus above the Torah ark is placed in the center of its eastern wall. A stove stands by the opposite wall; the prayer hall is furnished with two rows of six pews facing east, an almost square bimah in the center and the Torah ark in the middle of the eastern wall. Two flights of stairs lead to the bimah encircled with an openwork metal railing. The Torah ark stands on a pentagonal platform and is flanked by pilasters; it is accessed via two flights of stairs fenced with a balustrade. A molded cornice runs around a flat ceiling, while a chandelier hangs above the bimah. The western doorway on the southern façade leads to a staircase and to the women’s section on the upper floor. The latter is equipped with a stove and furnished with benches, and connected with the prayer hall through five openings located at the height of the upper floor windows.

After WW II the synagogue was transformed to house kolkhoz offices. In 2007 the former synagogue was two-storey plastered building covered with a hipped tin roof. Its

ground plan is rectangular, almost square. The structure has preserved its outer walls. Since it is unknown whether Filipowicz- Dubowik’s design was indeed fully implemented, it is possible that the lesenes which currently divide the façades into bays, are original. For example, the eastern façade is divided into five bays, and the central one is narrower than the others, thus reflecting the placement of the Torah ark. In the southern façade, the western doorway has been bricked up while the eastern one has survived, and serves the only entrance to the building.

The rectangular windows are arranged in two tiers. The walls are crowned with a stepped cornice. A low wooden annex under a lean-to roof is attached to the eastern side of the northern façade. 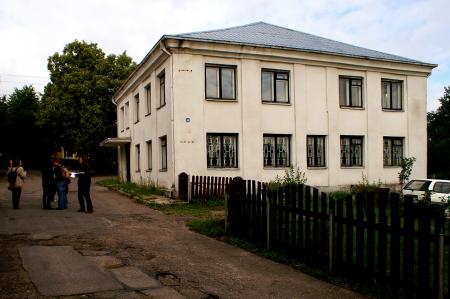 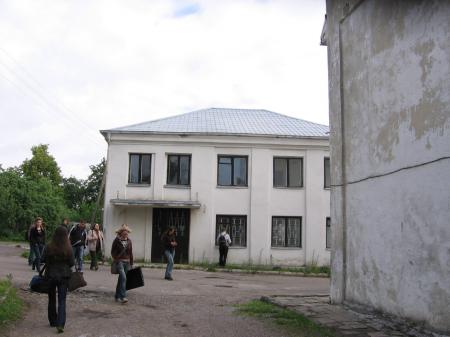 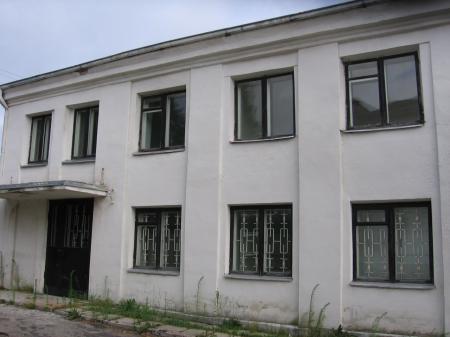 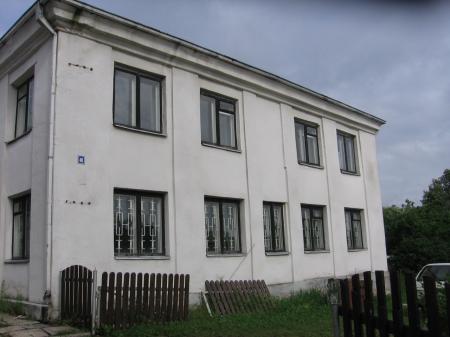 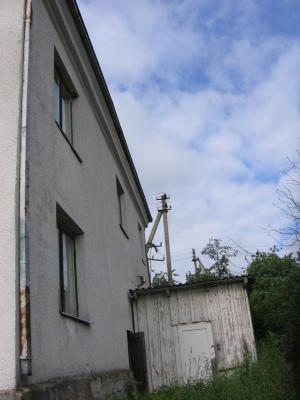 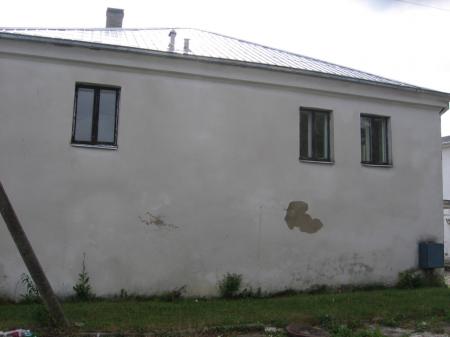 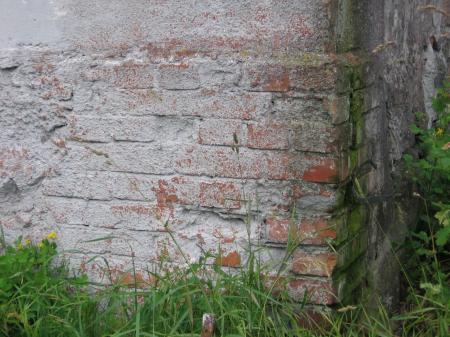 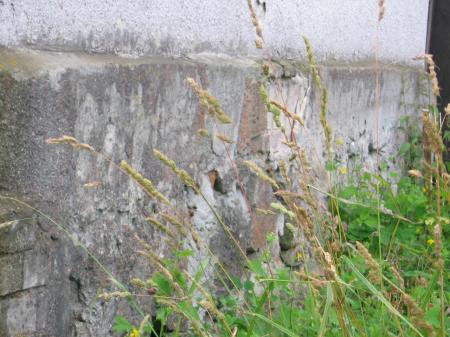 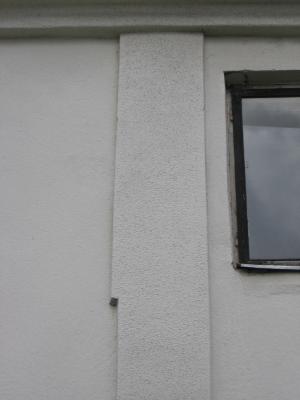 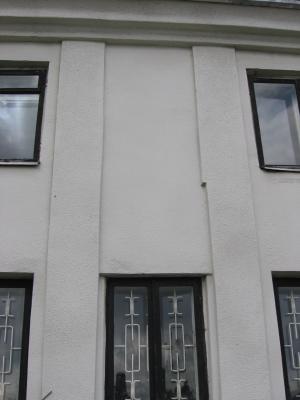 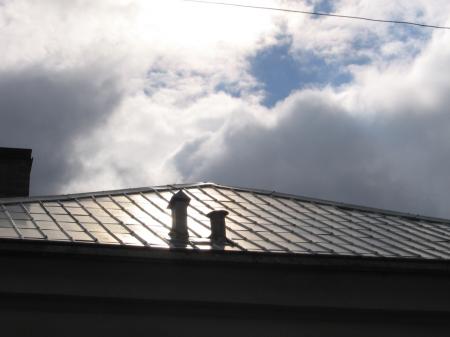 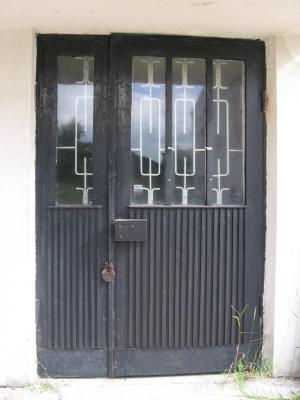