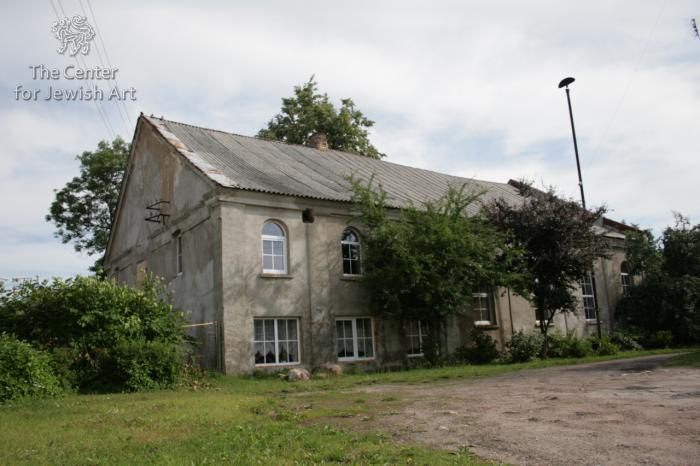 The preserved building is the former Great Beit Midrash partly captured in the photograph from the 1920s. The picture shows a quite large masonry plastered building covered with a gable roof. The prayer hall has round-headed windows, the eastern gable is adorned with seven round-headed windows, a wider central window is flanked by the narrow ones and twin windows are placed in the corners; the gable is topped with three turrets. In 2007 the former Great Beit Midrash survived as brick plastered structure, with an outer staircase, covered with a gable roof of asbestos sheets. The ground plan is an extended rectangular, with a chamfered northwestern corner, where the stairs to the first floor begin. The two-storey part in the west is separated by a transverse wall from a spacious, almost square prayer hall lit with twelve round-headed windows. Pilasters emphasize the corners of the building and divide the eastern and southern façades into bays; on the northern façade they mark the division between the prayer hall and the western part of the building. The walls are crowned with a molded cornice. In the past, the eastern and western gables were pierced by coupled round-headed windows; on the exterior, the silhouettes of the bricked-up windows can be seen in the plaster, while openings with wooden frames have survived in the attic space. The western façade facing Petro Avižonio Street is modest. It is two-storey, asymmetrical, with an open brick staircase built during the Soviet period. The middle part of the façade contains the doorways of the ground and the upper floors; above the latter, marks of a triangular marquee can be seen. Small windows pierce the wall on both sides of the doorway of the upper floor; their segmental heads are intersected by a wide even stringcourse. The ground floor doorway is situated below ground level and is accessed by four steps. There is a rectangular window to the left of the door, its matching pair on the right side is bricked up. In the two-storey part of the southern façade the original round-headed windows of the upper floor have survived; the rectangular windows of the ground floor were expanded in the Soviet period. The western corner of the northern façade is chamfered. The lower part of this span contains two rectangular windows, and a former round-headed window on the upper floor is bricked up. In the two-storey part of the northern façade, two round-headed and one rectangular window are arranged in two tiers.

Interiors of the Great Beit Midrash were destroyed when the building was transformed into a school. In the two-storey part, a coved ceiling has survived in the former women’s section on the upper floor. The prayer hall has been converted into a gym. 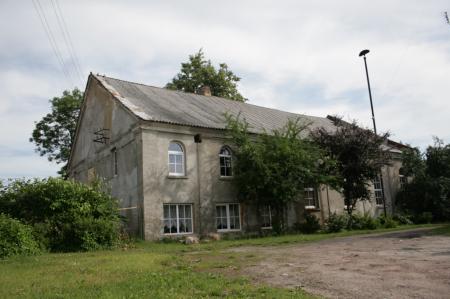 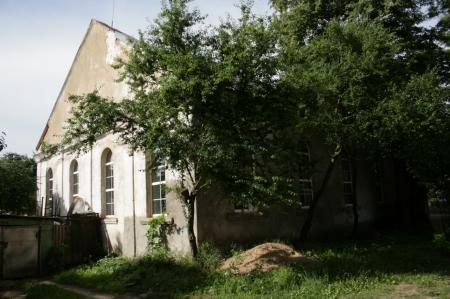 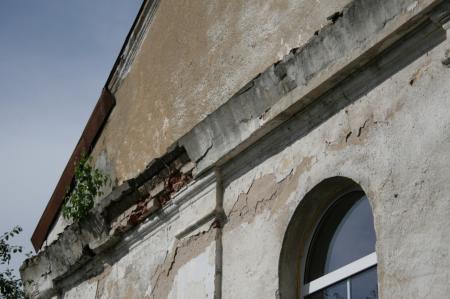 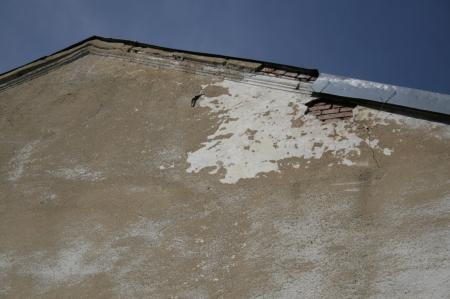 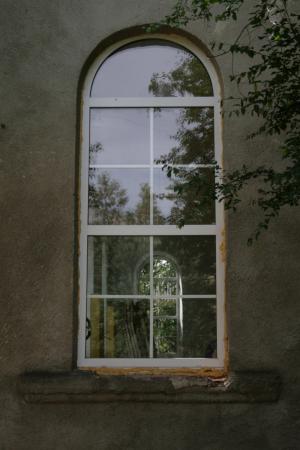 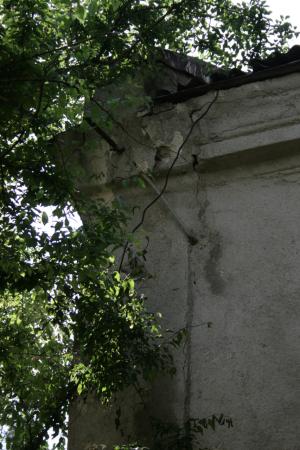