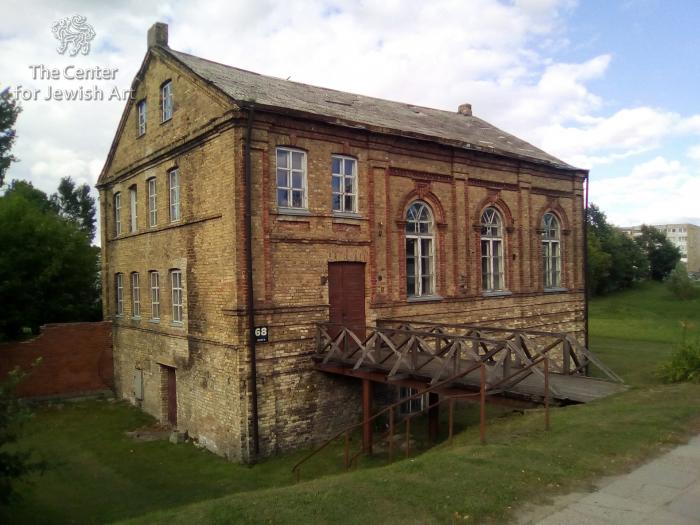 The former synagogue is located on the northern side of Vilniaus Street, the main access to the city from east and south. The synagogue stands about 100 m east of the Frenkel Villa (74 Vilniaus St.), today housing the Šiauliai Museum “Aušra.” The abandoned Frenkel industrial site lies to the north, between the synagogue and Talša Lake.

In 1907 Ḥaim Frenkel established a wooden synagogue for his workers, which was later rebuilt in brick according to Yakov Ushakov’s design from 1914. The design shows a rather small structure of rectangular ground plan, built on a high basement, accessed through a bridge from Vilniaus Street. The almost square prayer hall is located in its eastern part. In the western part there are a vestibule, a staircase, and two rooms separated with a wooden partition (the first room has an entrance in the western façade) on the ground floor and a women’s section on the first floor. The latter is accessed either by an inner or an outer wooden staircase, which leads to the entrance in the northern façade. In the design southern street façade is rather modest and has two entrances: one to the vestibule under the women’s section and another directly into the prayer hall. The actual building preserves the principle structure of the design, but is more elaborate and ornate.

The synagogue is built of yellow bricks with redbrick decorative elements and covered with a gable roof of asbestos sheets. It has a rectangular plan with an almost square prayer hall with ten segment-headed windows in the eastern part. The twostorey western part contained a wooden staircase in the southwest corner, an auxiliary room on the ground floor, and a women’s section on the first floor. The southern street façade and the eastern one are more representative, with redbrick elements in their décor. The western and northern façades are built of yellow brick only. The southern entrance façade is the most elaborate. It is divided into four bays by pilasters with recesses, the western bay being broader and divided into two stories by a horizontal stringcourse. Three tall round-headed windows of the prayer hall stand on a common stringcourse and are decorated with redbrick surrounds with keystones. The register under the windows sills, which looks like a high socle, is decorated with horizontal rusticated stripes. Two segment-headed windows of the women’s section are placed above the doorway in the western part of the façade. The northern façade is similar to the southern one, though less ornate. The eastern façade is framed by corner pilasters. Four tall round-headed windows of the prayer hall are decorated like those on the southern façade. They are arranged in two pairs, thus producing a wider central pier, corresponding to the interior location of the Torah ark. The gable is pierced by two segmentheaded windows. Numerals 1 and 9 made of iron wire and embedded at the top of the eastern gable indicated most likely the year of its completion. The western façade is asymmetrical, featured with corner pilasters and segment-headed windows in two tiers and rectangular windows in the basement. The façade is topped with a gable. The windows of the first floor stand on a horizontal stringcourse; another narrow stringcourse separates the ground floor from the basement. The western doorway captured in Bagdonavičius drawing and later bricked-up has been recently turned into a segment-headed window.

In 1941 the building was nationalized. In the Soviet period, the former synagogue was turned into a gym of the “Elnias” shoefactory: the inner structure was transformed and the interior destroyed. Since 1994 the Sodality of St. Pius’ priests has been using the building as a chapel. The facades were repaired, the interior sided with wooden planks and the former prayer hall split with a wooden deck into two floors. A new wooden staircase was built at the northern wall. In 2010 the decision was passed to transfer the building to the Šiauliai Museum “Aušra,” which plans to install there an exhibition on Jewish heritage. 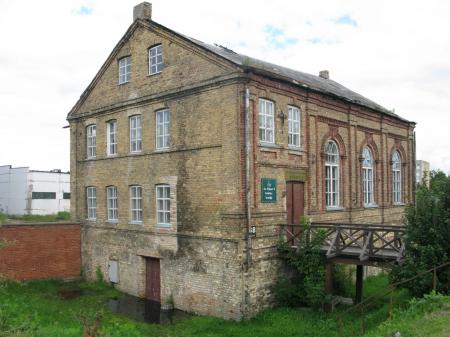 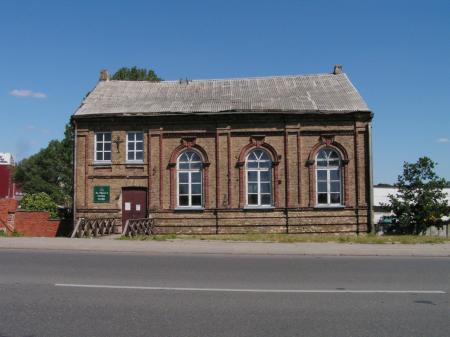 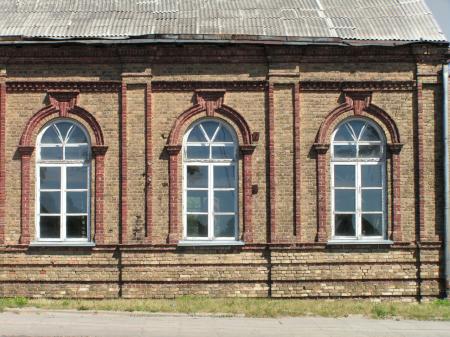 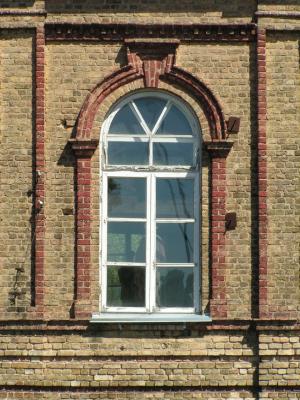 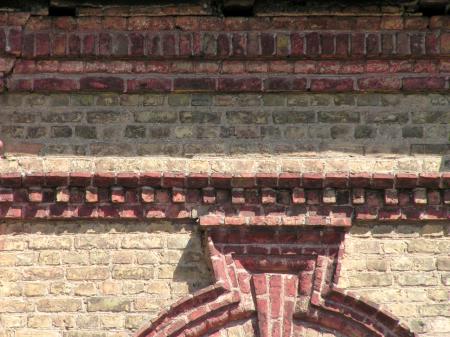 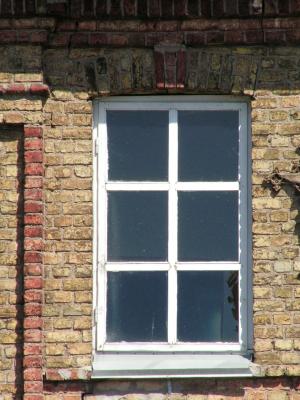 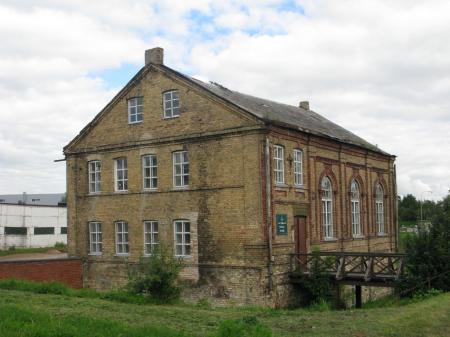 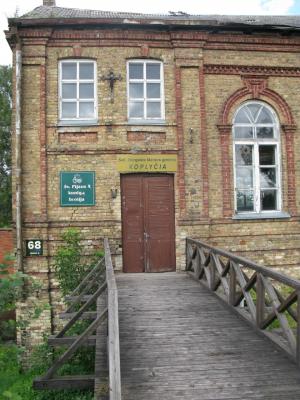 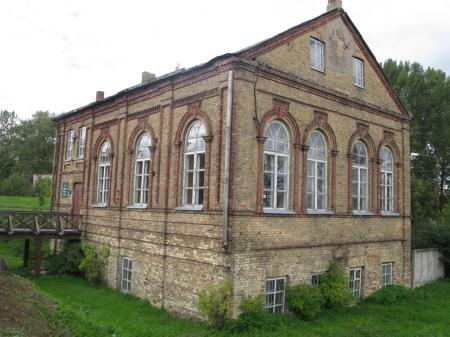 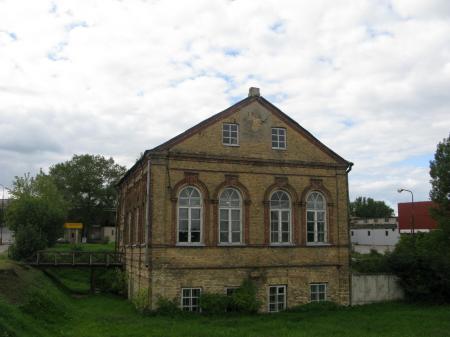 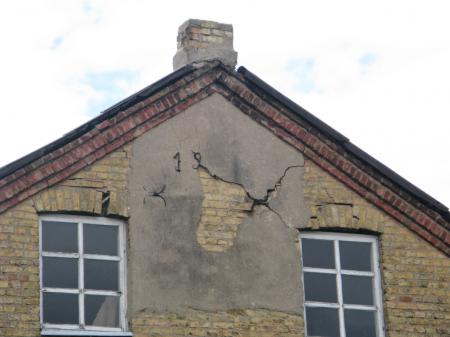 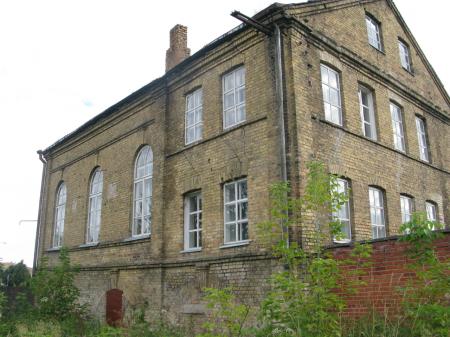