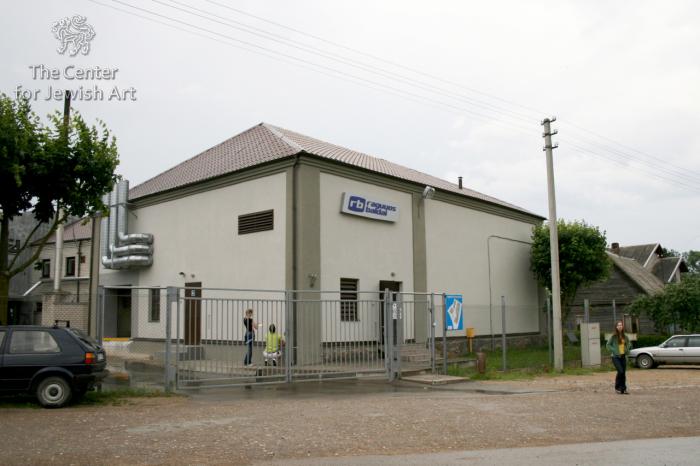 The beit midrash was built in 1861–64. The pre–WW II photograph depicts a rectangular masonry structure standing on a foundation built of boulders, and covered with a hipped tin roof with dormers. A glazed wooden gallery standing on rectangular masonry pillars is attached to the entire northwestern side. The interior consisted of the prayer hall in the southeastern part and a vestibule with the women’s section above it in the northwest. The northwestern part was higher than the southeastern one, and a sloping cornice segment connected the horizontal cornices of the two parts. The corners of the structure and the junctions between the two parts were accentuated by lesenes. The northwestern part had rectangular windows on both floors, while the broad prayer hall was lit by twelve high round-headed windows with molded archivolts.

The inventory plans from 1951, photographs from the 1980s, the description from 1994, and the investigation of brickwork from 1996 reveal much about the original structure and post-WW II transformations of the beit midrash. Thus, the northwestern part housed a vestibule, from which the prayer-hall was accessed (the door opening was bricked up in the 1940s). On the sides of the vestibule there were two additional rooms; the staircase in the northeastern room was probably installed when the beit midrash was converted into a hospital. Two stoves were located adjacent to the northwestern wall of the hall. The women’s section was located on the first floor and at least two long horizontal windows connected it to the prayer hall.

As to the exterior and its transformations, the investigation of brickwork revealed that the interior placement of the Torah ark on the southeast wall was marked on the exterior by a niche. The southwestern windows of the prayer hall and some of the windows of the vestibule were bricked-up in the 1940s. An external roofed wooden staircase, which led to the women’s section on the first floor, was replaced with metal stairs. Although the wooden gallery was removed, the extended roof that used to cover it survived into the 1990s16 and is visible in the photograph from the 1980s. A site plan from 1996 shows that a two-storey building of white silicate bricks was added to the northeastern side of the original beit midrash.

After 2000 the building was once again reconstructed and adapted to the “Raguvos baldai” furniture factory. In 2007 all the façades are of the same height, new entrance has been cut in the southwestern and northwestern façades, and yet another entrance as well as a gateway − in the northwestern one. Except for four windows in the southeastern façade, all the original openings have been bricked up; however, their positions can still be discerned as cracks on walls. The original lesenes and parts of the crowning cornice are preserved. The building is covered with a new tiled hipped roof. No traces of the beit midrash’s interior have survived, although the wall separating the former prayer hall from the vestibule is partly preserved. A granite plaque installed in front of the southwestern façade explains in Yiddish and Lithuanian that this was a Jewish prayer house (beit midrash). 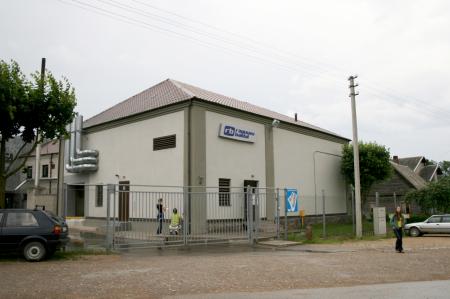 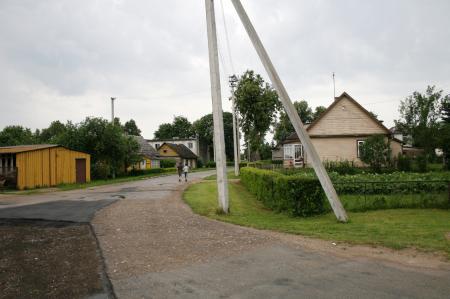 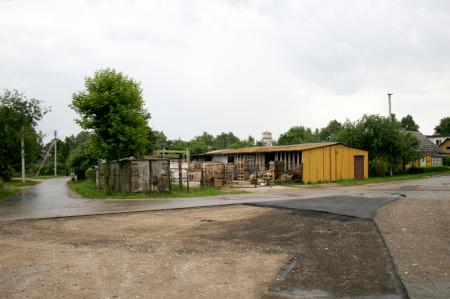 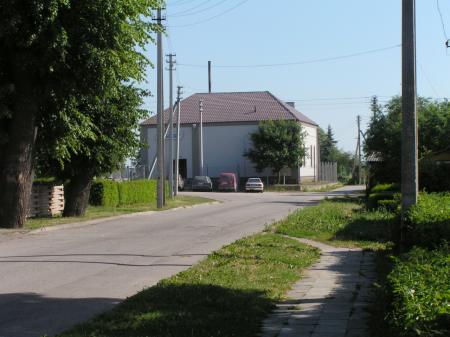 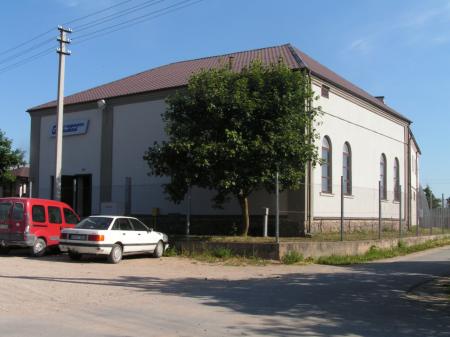